Jenna Coleman: I felt like I was in My Fair Lady preparing for French role 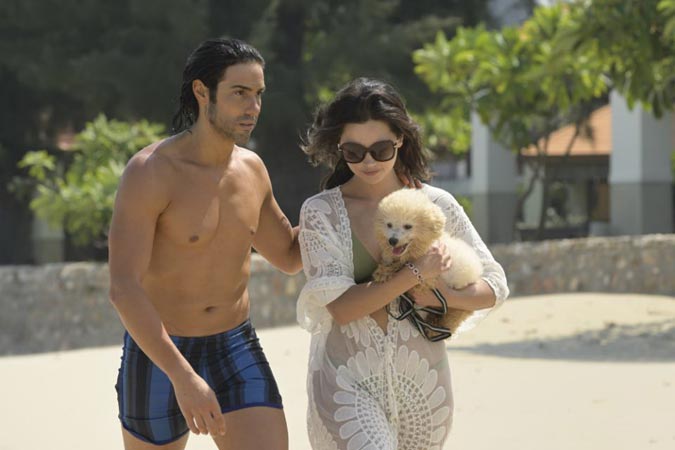 Jenna Coleman has said she felt like she was in My Fair Lady as she went through a “an intense French boot camp” for her latest role.

The Doctor Who actress stars in BBC drama The Serpent, based on the true story of how murderer Charles Sobhraj (played by Tahar Rahim) – who was the chief suspect in unsolved murders of young Western travellers across India, Thailand and Nepal – was captured.

Coleman plays his partner Marie-Andree Leclerc, who is from Quebec in Canada, and listened to hours of her interviews to master her voice.

She said: “We’ve got access to Marie-Andree’s diaries, and a lot of biographies, and there was so much reporting about the crimes that there was a wealth of material for research.

“Marie-Andree’s backstory in particular was so interesting in terms of understanding how and why somebody could fall into the charm of Charles and into that world.

“Within a short time of meeting him she was already witness to his crimes. It’s like, in the space of that time how can a person become so blinded so quickly? Having the wealth of material about her previous life before she met him was so useful.”

“I was learning the French language from scratch, and I’m Northern and before this job I literally could not roll my Rs, so it’s been a vocal journey! “I can now say ‘tres bien’ correctly, which actually took me months. It became a bit of an intense French boot camp of training my mouth to make the noise ‘tres’ and many things like that. “I felt like I was in My Fair Lady, having vocal training to change the movement of my mouth.

“Many of the actors I was filming with are French themselves, so to try and work authentically within that realm was a big challenge. “It was probably professionally one of the scariest challenges – to go from learning it from scratch to within two months being on set opposite Tahar and speaking in French. A good challenge, but a big challenge.”