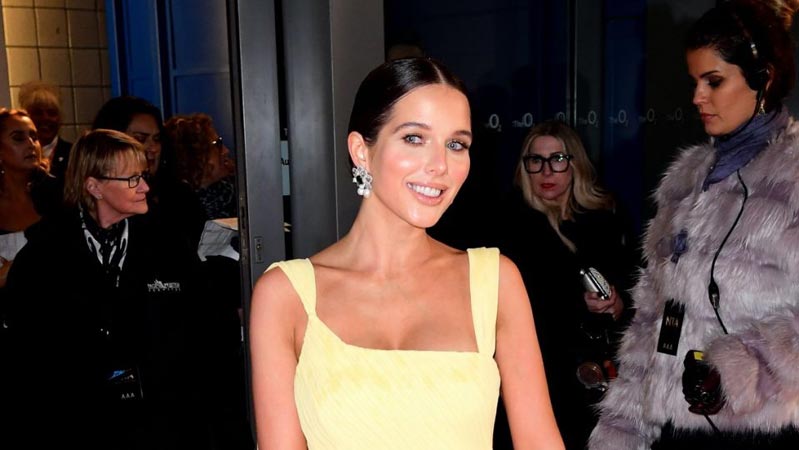 Helen Flanagan has said her third child will “definitely” be her last. The actress, who has two daughters with her footballer partner Scott Sinclair, is seven months pregnant.

And Flanagan, who gave birth to Matilda in 2015 and Delilah in 2018, wrote: “This is definitely my last pregnancy. “I had Matilda at 24 and I wanted my children close together and it just feels right for me.”

She suffered from hyperemesis gravidarum, an extreme form of morning sickness. “I would never want to go through the hyperemesis again, it wouldn’t be fair on the children I already have, and I want to give each child as much attention as each other,” she said.

“I’ve definitely found this pregnancy a challenge after having a hyperemesis gravidarum pregnancy and I’ve not really felt like myself since I fell pregnant. “I still have nausea most days but just grateful that I don’t have hyperemesis gravidarum anymore and can be a mum to the girls and get about doing things.” Flanagan would “love a girl or a boy”, saying: “I just feel lucky to carry, with other women close to me not having such an easy time.”

Flanagan has been engaged to Sinclair since 2018 and in February the couple postponed their wedding until next year. The actress, who has played Rosie Webster in Coronation Street on and off since 2000, has also appeared in I’m A Celebrity … Get Me Out Of Here!

Earlier this year, she pledged to stop editing her Instagram photos in order to be a better role model for her daughters. She said she had previously adjusted her pictures on social media because she was self-conscious about her body.