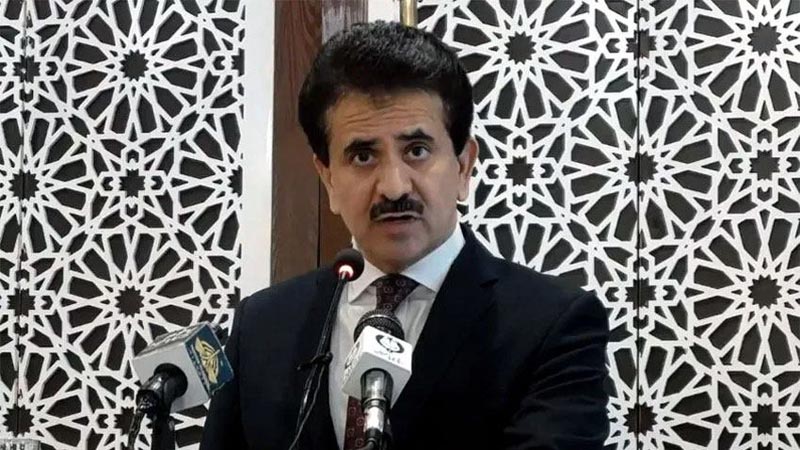 Pakistan on Thursday, condemning the killing of another three Kashmiris in a fake encounter by Indian forces, called for international scrutiny into the extra-judicial killings in Indian Illegally Occupied Jammu and Kashmir (IIOJK).

“Pakistan reiterates that nothing short of an inquiry under international scrutiny, can meet the requirements of justice,” the Foreign Office said in a statement. It said Pakistan strongly condemns extra-judicial killing of three more innocent Kashmiris including a young high school student in yet another fake encounter by Indian occupation forces in Srinagar, IIOJK.

During the year 2020, in their brazen acts of state terrorism, the Indian occupation forces martyred more than 300 innocent Kashmiris, including women and children, in ‘fake encounters’ and staged ‘cordon-and-search’ operations. During the same period, 750 Kashmiris were critically injured, while 2,770 innocent Kashmiris were arbitrarily detained and 922 houses destroyed as part of collective punishment inflicted on the Kashmiri communities.

“The recent revelations of planting weapons on the bodies of the victims of extra-judicial killings in Shopian by the Indian occupation troops to make it look as though they were armed fighters, are deeply disconcerting and an affront to the collective conscience of humanity,” the Foreign Office said. It emphasized that those guilty of gross human rights violations in IIOJK had never been prosecuted. “In the previous cases of extra-judicial killings, custodial deaths, and mass rapes of women in Kunan-Poshpora 1991, Pathribal 2000, Ganderbal 2007, Machil 2010, and several others, there has been an abject failure to provide justice to the Kashmiri victims and survivors,” it said.

The FO said Pakistan had consistently emphasized that the gross and systematic violations of human rights being perpetrated by the Indian occupation forces, warranted an investigation by a UN Commission of Inquiry, as recommended by the OHCHR in its reports of 2018 and 2019.

Families of two teenage boys and a young man killed in occupied valley of Kashmir by government forces during an alleged firefight have denied they were fighters, in a rare protest in the restive Himalayan region.

Police said the trio were killed in a 20-hour gun battle on the outskirts of the region’s main city of Srinagar after they were cornered inside a home on Tuesday. “Repeated announcements were made to the hiding fighters to lay down their illegal weapons and surrender,” police said in a statement. “Instead, the hiding fighters fired continuously upon the searching party.”

But relatives of the trio disputed the story and protested outside a police building in Srinagar where the bodies were being kept. “At 10 in the morning, he had tea with me,” Bashir Ahmad Ganai, the grandfather of one of the slain youths, Aijaz Maqbool, told reporters. “We don’t know where he was picked up from and later killed. What is going on in Kashmir?” Ganai said.

The families of the other two – high school student Athar Mushtaq and carpenter Zubair – also insisted they were innocent. Parents of the students said they had been on their way to receive private tutoring in Srinagar. But police insisted two of them were ‘hardcore associates of terrorists’ and the third might have recently joined fighter ranks. Even then, Kashmir Inspector General of Police Vijay Kumar admitted the names of the trio killed in the ‘encounter’ were not in the ‘list of terrorists’.