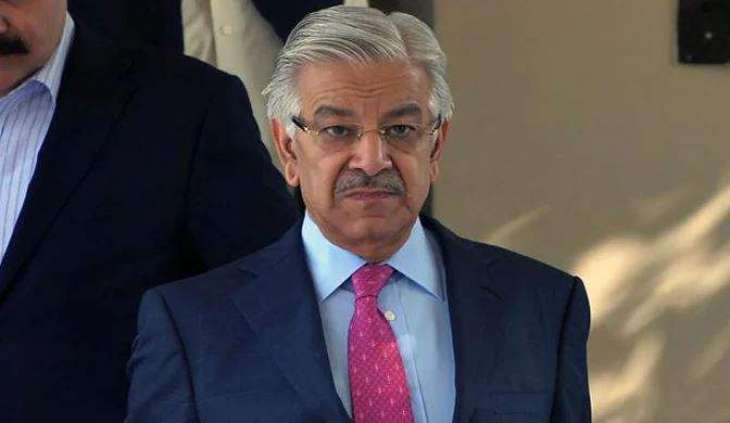 During the hearing, the court has approved 14-day physical remand of PML-N leader and handed him over to National Accountability Bureau (NAB).

The anti-graft body had arrested the former foreign minister and the acting leader of the opposition in the National Assembly from the federal capital on December 29.

A day earlier, on December 30, an AC in Islamabad had granted a day’s transit remand of the PML-N leader for him to be produced before an accountability court in Lahore.

Accountability court judge Jawad-ul-Hassan presided over the hearing. NAB prosecutors requested the court to grant a 14-day physical remand of the PML-N leader arguing that the former defence minister could not satisfy NAB regarding the increase in his assets and that required a more thorough probe.

The NAB officials now would produce Khawaja Asif before NAB court in Lahore to seek his physical remand.

Khawaja Asif interacted with the journalist at the time when he was being produced before the court.

“NAB did not start interrogation from him so far. I was just given a charge sheet by an anti-graft watchdog regarding assets beyond means,” he said.

Asif then asked NAB to correct its record and told the court that he first appeared before the watchdog in 2018.

“No action was initiated against me in 2020,” said the PML-N leader. The former minister added that he had been an MNA for seven times but a case of embezzlement of only Rs210 million was made against him.