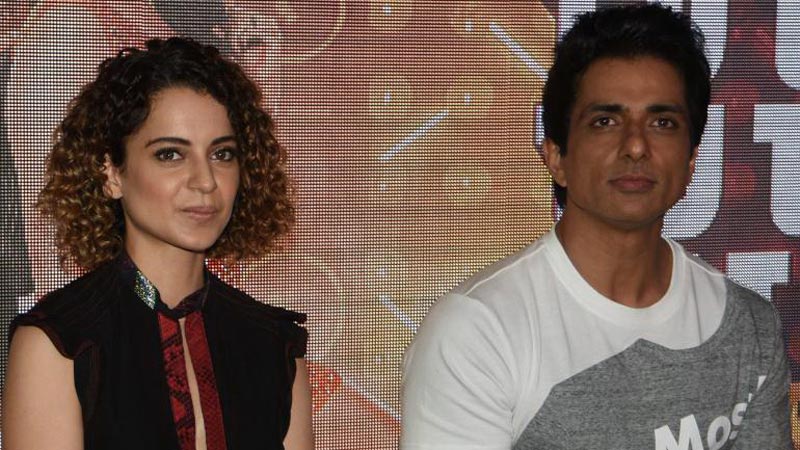 Actor Sonu Sood has spoken about the unity that the film industry preaches about, but doesn’t really practice.

He said that it’s disappointing to observe some members of the film industry question it.

In an interview, he said that Bollywood is still divided by barriers, and that the chains that can bind the industry together are ‘missing’.

Asked about the ‘constant’ media trial that the film industry was put through this year, Sonu told Bollywood Hungama, in Hindi, “Of course I was bothered, but what really upset me was seeing some of our own people speak against the industry. This is that industry for which he leave our homes and families. It is an industry that fulfils dreams. And now, to see people point fingers at it, you can imagine how it must have affected us.”

He said that the industry should learn from this experience. “We all like to think we’re one big family, but the chains that can bind us are missing. People align themselves with others, no one reaches out to praise you or to offer advice. Everyone is constrained. They say they are a part of Bollywood, but they’ve created barriers around themselves,” he said.

Sonu concluded, “We should all learn from this. In this industry, people value success, but no one offers support when you fail.”

Earlier this year, actor Kangana Ranaut was criticised by members of the film industry for suggesting that it is a hotbed of vice. She said that 99% of the industry has been exposed to drugs, a claim that had been slammed by many such as Jaya Bachchan, Raveena Tandon, Hansal Mehta and others.

Sonu, meanwhile, earned plaudits for his efforts to help the marginalised during the coronavirus lockdown. He helped many migrants return home, and created job opportunities and funds for those who reached out to him for help.

Previously, Sonu and Kangana had an altercation when he quit the film Manikarnika: The Queen of Jhansi, after the original director was removed from the project and Kangana took over. She suggested in an interview that Sonu wasn’t comfortable being directed by a woman, but original filmmaker Krish said that Sonu was upset about his role being rewritten drastically.