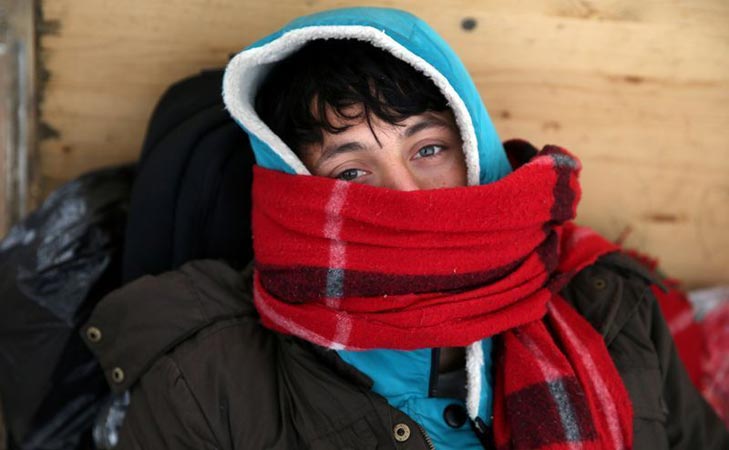 Hundreds of migrants from Africa, Asia and the Middle East waited in the cold on Tuesday to be bussed out of a burned camp about to be dismantled in Western Bosnia, but there was no agreement where they should go. Fire destroyed the camp in Lipa housing about 1,200 people last week. Police and UN officials have said the blaze was probably started by migrants unhappy at the temporary closure of the camp, scheduled for the same day. On Tuesday, media quoted Bosnia’s security minister, Selmo Cikotic, as saying that the migrants would be moved to a military barracks in the town of Bradina, 320 km (200 miles) away. Finance Minister Vjekoslav Bevanda disputed that, saying that there had not been any agreement. Bosnian media showed pictures of buses parked for migrants to board. Residents gathered in Bradina to protest against migrants moving there, the portal klix.ba reported. About 10,000 migrants are stuck in Bosnia, hoping to reach wealthier countries in the European Union.