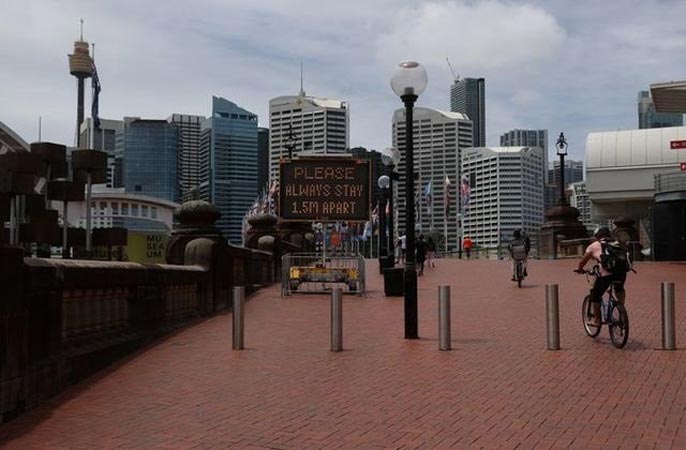 Australian authorities restricted movement and tightened curbs on gatherings in Sydney on Wednesday, hoping to avoid a coronavirus “super spreader” event during the city’s New Year’s Eve celebrations, after detecting a new cluster of cases.

Household gatherings were limited to just five people while the maximum number of people allowed to gather in public was capped at 30. Residential care facilities were closed to visitors. “We don’t want New Year’s Eve to be the cause of a super-spreader,” New South Wales state Premier Gladys Berejiklian said as she announced the restrictions would take effect from midnight on Wednesday “until further notice”.

Berejiklian reported 18 new COVID-19 cases on Wednesday, the biggest daily increase in a week, with just half part of an outbreak in the city’s northern beaches that has grown to more than 100 people over the past week.