India wants to create ‘anarchy’ in Pakistan through propaganda: PM 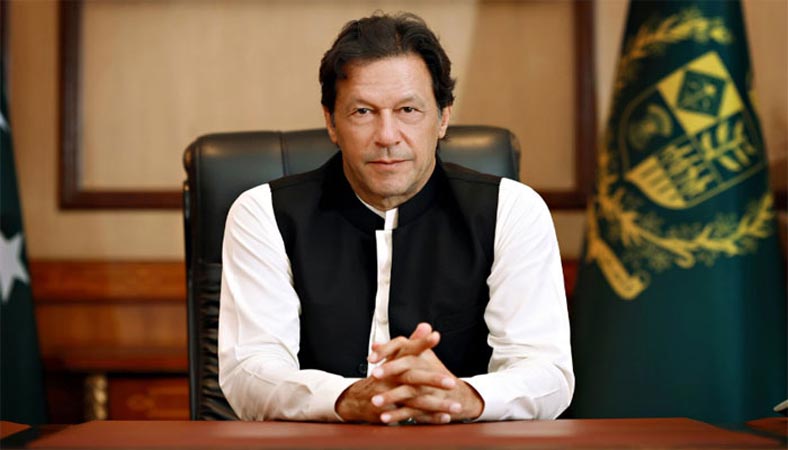 Prime Minister Imran Khan Wednesday said the Indian media was trying to divert the world’s attention from their government’s illegal steps in the Illegally Indian Occupied Jammu and Kashmir (IIOJK), grave human rights violations and threats to the regional peace from the implementation of Hindu fascist agenda through a negative and baseless propaganda against Pakistan. The objective of such nefarious propaganda was to create anarchy in Pakistan, he added.

The prime minister was chairing a meeting to review the negative propaganda and disinformation campaign, including the hybrid warfare launched by the Indian media against Pakistan, the PM Office said in a press release.

The prime minister directed for effective measures to foil the negative Indian media’s propaganda and creation of public awareness in this regard. He stressed that such baseless and concocted campaign should be countered with facts, and the real face of India should be exposed before the international community and the public. He also expressed the hope that Pakistani media would play its full role in that regard.

Meanwhile, Prime Minister Imran, while reiterating his conviction that there was no military solution to the conflict in Afghanistan, emphasized the need for a negotiated political settlement. He also stressed the need for all sides to take measures for reduction of violence leading to ceasefire.

The prime minister expressed these views during a meeting with Afghan Minister for Industry and Commerce Nisar Ahmed Faizi Ghoryani, who called on him here.

Imrna Khan, while highlighting the close fraternal ties between the two countries, reiterated Pakistan’s consistent support to peace and stability in Afghanistan. He added that peace in Afghanistan would be beneficial for the entire region by enhancing regional connectivity and providing new opportunities for economic cooperation.

The prime minister remarked that Pakistan and Afghanistan had untapped economic synergies and complementarities, which could be best realized through cooperation in the economic and trade sphere. He mentioned the Trans-Afghan railway line project ‘Mazar-e-Sharif-Kabul-Peshawar’, and highlighted Pakistan’s support to Uzbekistan’s efforts to secure financing for the project. He said he had signed the Joint Appeal Letter addressed to the heads of various International Financial Institutions (IFIs) by the heads of state/government of Uzbekistan, Afghanistan and Pakistan in that regard.

The Afghan commerce minister conveyed the greetings of President Ashraf Ghani and highlighted the progress made on matters related to transit and bilateral trade. He appreciated the positive role played by Pakistan in facilitating the Afghan peace process, and affirmed Afghanistan’s desire for enhanced trade and economic ties between the two countries.

Separately, Prime Minister Imran Khan stressed the need of sustainable reforms in power sector keeping in view the country’s future requirements. He was presiding over a review meeting on power sector. The prime minister expressed his satisfaction over the power sector reforms and directed to ensure the provision of relief to domestic consumers and uninterrupted power supply to industries as top priorities.