As PPP gears up for Senate polls, Maryam decides to pay Fazl a visit to discuss long march 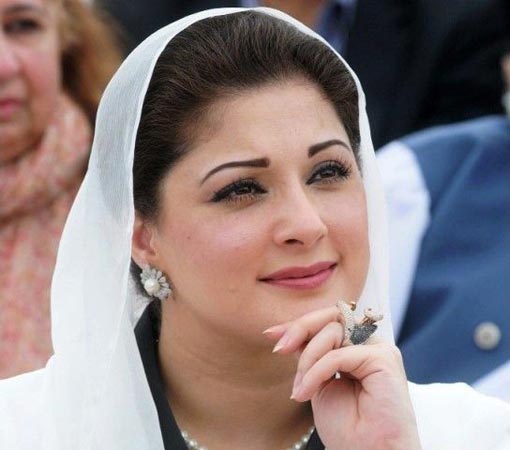 A day after the PPP announced that they will partake in the Senate elections, Pakistan Muslim League-Nawaz (PML-N) Vice President Maryam Nawaz announced to call on Jamiat Ulema-e-Islam (JUI-F) chief Maulana Fazlur Rehman on Wednesday.

The meeting will discuss the situation after the ARREST OF FORMER FOREIGN MINISTER and the acting PML-N leader of the opposition in the National Assembly, Khawaja Asif, in an assets beyond means and money laundering case.

Maryam and Fazl will discuss the long march that the opposition has threatened if Prime Minister Imran Khan does not resign by January 31.

Moreover, other cases and arrests against political leaders by the National Accountability Bureau (NAB) will be discussed. The meeting will be held at Maulana Fazl’s residence in Islamabad.

Earlier this month, the JUI-F chief declined the invitation to attend the PPP’s December 27 rally at Garhi Khuda Bakhsh.

JUI-F senior leader Maulana Rashid Mahmood confirmed the development and said a five-member delegation of party leaders would attend the rally in place of the JUI chief.

On the other hand, some reports suggest that PML-N has also decided to take part in Senate polls and by-elections to give tough time to the Pakistan Tehreek-e-Insaf (PTI) government.

As per the details, a high-level meeting of PML-N leadership was held. Sources privy to the matter revealed that attendants of the session were in favour of contesting Senate elections and challenging government.

Earlier, PPP Chairman Bilawal Bhutto Zardari has announced that his party will participate in the Senate elections and face the PTI government in the assemblies.

Holding a press conference in Karachi on Tuesday, Bilawal told that the party’s CEC had approved that all assembly members would submit their resignations to party leadership by December 31. However, the decisions of the CEC would be presented to PDM as well.

He reiterated his demand that Prime Minister Imran Khan should resign by January 31, but if he does not leave office willingly, he will be ousted.

The PPP chairman also condemned the arrest of Khawaja Asif by NAB during the press conference.

It was earlier reported through sources that PPP’s Central Executive Committee (CEC) decided the option of resigning from assemblies would only be considered after former prime minister and Pakistan Muslim League-Nawaz (PML-N) supremo Nawaz Sharif returned to the country.

The members of the PPP CEC, while taking a clear and unequivocal stand, said that the party cannot follow anyone’s dictation and the democratic forces should not be fooled by anyone.

The participants of the huddle said that the party cannot be made a new Pakistan National Alliance (PNA), adding that the PPP is the only party that is ready for politics of resistance and long march.

The participants further said, “Nawaz Sharif should return to Pakistan and be part of the long march and the option of resignations could only be considered on the return of the PML-N supremo”.

The legal experts present in the meeting expressed concern that the government could repeal the 18th Amendment in case of early resignations.

Also, a private news channel reported that the PML-N lawmakers have refused to validate their resignations, in what comes as a major twist in the opposition-led anti-government campaign under the Pakistan Democratic Movement (PDM) banner.

Appearing at the National Assembly Secretariat, MNAs Murtaza Javed Abbasi and Muhammad Sajjad Awan said their resignation letters were fake and refused to validate them, the report said.

“We had sent our resignations to the [PML-N] leadership but don’t know how they ended up in the National Assembly,” the lawmakers said, before submitting a written statement to the NA speaker’s office. Two days ago, MNA Awan had caused some tensions within the party by refuting the NA Speaker Asad Qaiser’s statement about receiving his resignation. “I never sent my resignation to the [NA] speaker, so where did he [Qaiser] get it from?” he had asked.

Explaining his comment, Awan had said his resignation letter was in his possession and was never sent to the NA speaker. “My seat [in the National Assembly] has been entrusted to me by my party,” he had said.

“When the PML-N asks for my resignation, only then will I submit it,” the lawmaker had clarified, adding that the Opposition’s move would make a significant difference as the government would not be able to operate after receiving a large number of resignations from assembly members.

At that time, PML-N spokesperson Marriyum Aurangzeb had also denied submitting the resignations directly to Qaiser – who belongs to the ruling PTI – and said Abbasi and Awan had sent them to the party’s provincial president.