No plan to be enforced in Gwadar without people’s consultation: CM

* Jam Kamal says government can set up around 50 check posts of Levies, FC and army to check people for security purposes 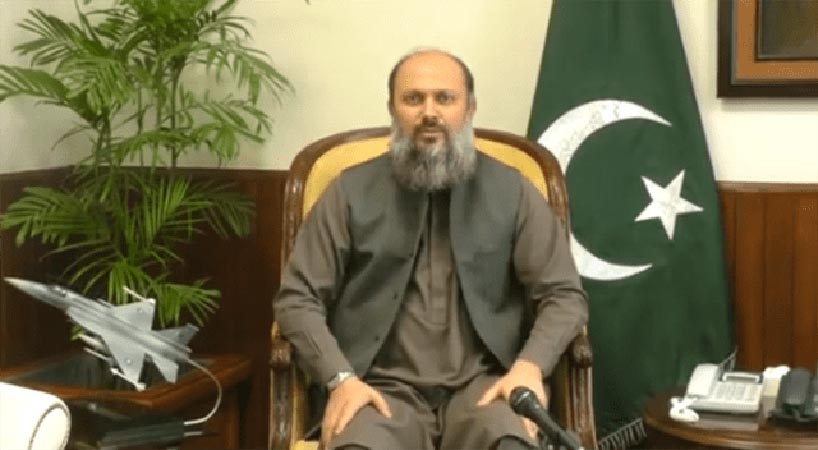 Rubbishing the opposition’s politicking on steps proposed under “security apparatus” for Gwadar city, Balochistan Chief Minister Jam Kamal Khan Wednesday assured that no strategy would be enforced there without consultation and against people’s desire.

The chief minister, in a video statement, said that outside Gwadar City, there were some areas which could not be humanely checked or controlled owing to their inaccessibility, so a “temporary fencing mechanism” was proposed under Gwadar Smart City project. He said as fencing of the mountainous area was a mega project, it was considered to secure some areas in Gwadar after consultation with all the stakeholders. “And it is not any fencing. These were the steps under security apparatus we have to take,” the chief minister said.

He said as another option, the government could set up around 50 check posts of Levies, FC and army to check and question people of their movement, just for security purpose.

He said recently, some incidents had taken place in Gwadar and Balochistan to impede development in the province as well as the country.

However, he said the opposition and the PDM were politicizing the project, but assured that the consultation with the stakeholders would precede enforcement of any security strategy.

“When Gwader East bay matter was politicised, we solved it. When reallocation of old town was made by previous (governments), we solved it..and now when opposition is politicising Gwader safe city (which is not a fence)..we shall solve it Inshallah,” the chief minister said on Twitter.

He said a delegation of the provincial ministers was currently visiting Gwadar.

“Insha Allah, no step would be taken, or no work would be done contrary to the desire of the people of Balochistan,” he assured.

Also announcing plan of his own visit to the port city, the chief minister said any strategy would be made after consultation with all the stakeholders.

He said the Gwadar Smart City project featured various components including the installation of cameras and its incorporation with city’s master plan.

The uproar started following a media report on start of the fencing project which was later played up by the opposition parties calling it a breach of local people’s rights.

However, putting all their notions to rest, the provincial government stopped work on the project just to bring the local population into confidence on the security project.

Later on the day, Balochistan Home Minister Ziaullah Langove, who also held an open katchery in the port city to listen their reservations, announced that the government had suspended work as the government wanted inclusion of the people in all development projects.

He said the fencing project was not a secret move rather it was part of the master plan and meant to give a message to those investing about the safety of their investment. The home minister was accompanied by Advisers to the Chief Minister Danesh Kumar, Akbar Askani and Mahjabeen Sheran.