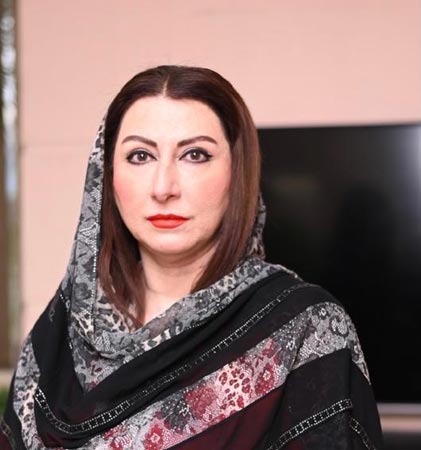 Pakistan Tehreek-e-Insaf (PTI) Women Wing Central Vice President Khyber Pakhtunkwa (KP) Neelum Khan Toru said that Pakistan is heading out of the crisis situation in leadership of Prime Minister Imran Khan. Appreciating the trust of overseas Pakistanis in government, she said that funds sent by overseas via a State Bank forum crossed $200 million. Moreover, current account of Pakistan is in surplus for the first time in five years, meanwhile the surplus for current fiscal year so far is $1.6 billion and reserves of State Bank have reached a staggering $13 billion. She expressed satisfaction for economic progress of Pakistan saying that economic indicators are showing sign of progress and these figures are out in the open for public. Commenting on the activities of opposition alliance Neelum Khan said that so called Pakistan Democratic Movement has been led to swamps by the flop leadership of corrupt political parties. The movement has done no harm to government but on the contrary it exposed the real faces and agendas of opposition to the people of Pakistan.