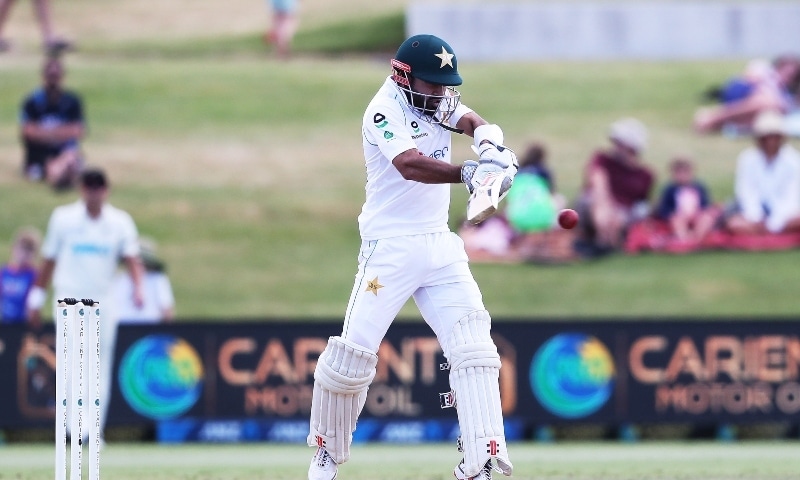 New Zealand beat Pakistan by 101 runs in the first cricket Test which ended very late on the fifth day on Wednesday, achieving their third straight win in three home Tests this summer and taking a 1-0 lead in the two-Test series.

At the same time New Zealand overtook Australia to claim the No 1 world ranking in Tests for the first time in its history.

The victory wasn’t the emphatic one New Zealand likely had envisaged when they came to the fifth day of a Test match for the first time this season holding a sizeable advantage.

Having been set 373 to win, Pakistan was 71-3 still 301 runs behind and the New Zealand bowlers who had dismissed Pakistan for 239 in its first innings to give the home side a 192-run lead, still held the upper hand.

Pakistan finally was out for 271 at 6.36pm local time with fewer than five overs left in the day’s play and a draw beckoning.

Left-arm spinner Mitchell Santner dismissed No 11 batsman Naseem Shah to clinch the win after Naseem and Shaheen Afridi had defied New Zealand for almost eight overs as the number of balls remaining in the day dwindled.

“There was a huge effort from the bowlers to get us across the line but a lot of credit goes to Pakistan for the way they fought in that second innings,” New Zealand captain Kane Williamson said.

“For all money it was going to be a draw until late in the piece. We were lucky to be on the right side of the result when we were up against a very tough side.”

The final day didn’t unfold in quite the way New Zealand had hoped or even begun to expect when Trent Boult dismissed the overnight batsman Azhar Ali (38) in the second over of the day.

But Fawad Alam and Mohammad Rizwan, who came together when Azhar was out, took the script New Zealand had conceived for the day and almost turned it on its head.

Far from capitulating quickly, the fifth wicket pair established a magnificent partnership under pressure and led one of the finest acts of resistance a New Zealand Test has produced on its last day.

In conditions which were never congenial for batting the ball still occasionally reared from a length or jagged from a crack in the Bay Oval pitch in Mount Maunganui they batted through all of the first two sessions and into the last to fuel Pakistan’s hopes a draw.

There were a minimum of 90 overs to be bowled when the day began, more than enough for New Zealand to achieve the seven wickets in needed for a draw. For the batting side, a long day stretched ahead and an effort an effort of enormous character would be required to survive the day.

A Pakistan win likely was off the table even at the start. With more than 300 runs needed for victory on a wearing day pitch, an attempt to reach the winning target likely would have wise.

At that point the match seemed in the balance. New Zealand had taken only one wicket — Azhar’s — in the first two sessions and that had become a remote memory when the last session began.

Fawad and Rizwan’s stand had begun to seem impregnable.

They had assembled a 50 partnership from 132 balls, their century stand from 270, 150 runs together from 328. Throughout the day there were moments of alarm or danger when the ball beat the edge or grazed the stumps. But the pair batted on and on and their endurance lifted Pakistan’s spirits.

Fawad, who bats out of an unorthodox full frontal stance with his back to his stumps and almost directly facing the bowler, was still able to produce a full array of shots. He reached his half century from 149 balls early in the second session, then his century richly deserved his 102 coming from 236 balls with 14 boundaries.

It was his second century in only his sixth Test.

Rizwan, whose 71 in the first innings helped Pakistan avoid the follow-on, posted his second half century of the match, 60 runs from 156 deliveries.

New Zealand finally made the breakthrough and separated the pair near the middle of the final session when Kyle Jamieson trapped Rizwan lbw. His appeal was declined by the on-field umpire but upheld under review.

Jamieson removed Yahir Shah (0) and Wagner dismissed Faheem Ashraf (19) who had top-scored in the first innings with 91 and was the last recognized batsman. Santer trapped Mohammad Abbas (1) lbw.

“I’m not disappointed, that’s the beauty of Test cricket,” said Rizwan, who captained Pakistan for the first time. “The New Zealand team did more hard work than us so they deserved to win.”