Lori is released from prison after less than two months 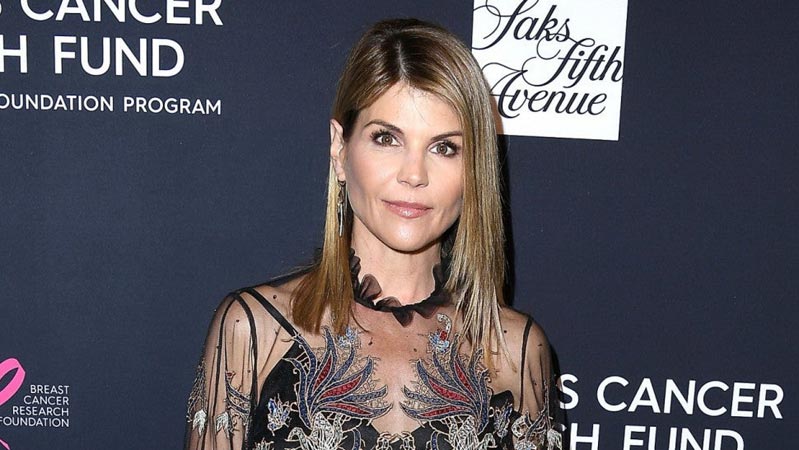 Lori Loughlin is a free woman. The Fuller House actress has been released from prison after serving less than two months due to her involvement in the nationwide college admissions cheating scandal, E! News has confirmed.

The 56-year-old began her time behind bars in October at the Northern California facility FCI-Dublin. Now, inmate records show that Loughlin was released on Monday, Dec. 28. Though she was set to come out on Dec. 27, it was suspected that the Federal Bureau of Prisons could move the day up because of the holidays. However, it seems as though Loughlin didn’t make it home in time for Christmas. Her sentencing still includes two years of supervised release, as well as 100 hours of community service. Loughlin was ordered to pay a $150,000 fine, which she has completed. Her daughters, Olivia Jade and Bella Giannulli, were said to be “very distraught” when their mom entered prison.

in April that Olivia was also “extremely embarrassed” about the staged rowing photos she posed for as part of the plot to get her into University of Southern California as an athlete.

At her sentencing in August, Loughlin told the judge, “I ignored my intuition and allowed myself to be swayed from my moral compass. I thought I was acting out of love for my children but in reality it only underlined and diminished my daughters’ abilities and accomplishments.”

Loughlin said goodbye to her role as Aunt Becky on Fuller House when the FBI investigation came to light, and her castmates have said they continued to feel her “presence” on set. Last month, Candace Cameron Bure revealed the note that the disgraced actress wrote her during the finale taping last year.

When both of her parents were locked up, Olivia broke her silence for the first time publicly on Red Table Talk, the Facebook Watch program hosted by Jada Pinkett Smith,

The 21-year-old influencer said on Dec. 8, “That’s embarrassing within itself that I walked around my whole 20 years of life not realizing like, you have insane privilege—you’re like the poster child of white privilege and you had no idea.”

She apologized on behalf of her family for their actions, saying, “There is no justifying or excusing what happened because what happened was wrong. And I think every single person in my family can be like, that was messed up. That was a big mistake.” A source told E! New that Olivia is ”

vowing” to do better as she tries to move on from the mess.

Sofia Richie was among those to defend her after her tell-all. And even Willow felt like the beauty YouTuber should be forgiven. E! learned that the singer understands how hard it is for the Black community to forgive Olivia. But if she is genuine about wanting to change and be better, she feels she does deserve a second chance.” Read everything else we know about the collegiate scandal involving both Loughlin and Felicity Huffman.