Women are being coerced to speak against Ali Zafar, claims industry insider 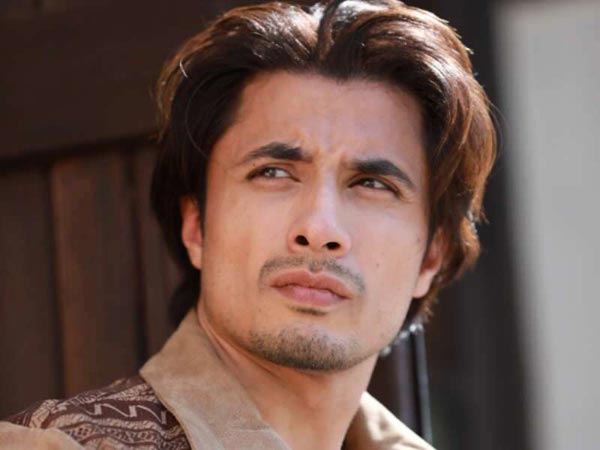 The artist recently shared a post in support of actor-singer Ali Zafar, shedding light on the harassment allegations levelled against him by Meesha Shafi two years ago.

“Blog 5: Ali Zafar- Rise of the phoenix! Like Arnab Goswami- “does the nation need to apologies to Ali,” he began with, adding that sexual harassment is a serious and sensitive subject and “if it has been misused, there must be people speaking up against it”. Rao shared, “Like most of you my first instinct was also to believe the woman. But I am writing this now after finding out something that is wrong on so many levels.”

He continued, “Recently a girl walked in a very high-profile law firm to file a case against “a star” for aggressive behaviour. When asked for a detailed account- her facts were distorted and the details were vague and not adding up and it looked like a set up. The other day I read a post by a girl named Ruheena where she is narrating how she got a call from an unknown number trying to persuade her to falsely accuse the same “star” just because they saw her in a picture with him and anything, she could make up would help their case.”

Questioning the same, Rao stated, “Well, what is going on here?! Who is pushing girls to make false claims or allegations? What about those fake accounts we’ve all seen? The foreign funding element? Why are we quiet if all this indeed has started to look really shady? This is damaging to real victims! Can we even begin to imagine the level of harassment the man and his family must’ve gone through? Or shall we choose to be indifferent and insensitive because he is a man it doesn’t align with our personal biases or its just cool to support anyone attached to a global movement?”

He then uploaded a Part 2 of the post, writing, “My concern is that when the man was accused, many from the industry jumped to conclusions based on hearsay and sided with the accuser without knowing facts. But no one has really spoken now that the reality of it all has come out. I am a feminist ally myself but is this really feminism? Coercing women to make false allegations on a man who has a family and has dedicated his life to give so much to the industry?” Rao also weighed in on Zafar being cancelled from several contracts while Shafi was seen on both Coke Studio and Velo Sound Station this year. “Good for her. But why the corporate bias? Not to forget the protests and boycotts his movie and he had to face by his own peers? Can we begin to imagine if we had to face the same?”

Rao feels that being part of the industry for many years now, it is his duty to stand up for what he believes is right. “My question is that we are all part of one big industry and so many of my friends support him and vouch for him behind the scenes but can’t say it publicly because they might be lynched. Who is this lynch mob that has frightened and intimidated anyone who wants to speak their mind when it comes to supporting the man openly? I am waiting to see some comments bashing this post under this post also. But being a part of the industry, I feel it my responsibility to put my bias aside and raise these questions also?” He concluded his post with, “There are enough cases where justice has been delivered to women including cases of harassments. Those who went to the court and fought.

The big question on my mind is. Were we there for the man who has always been there for the industry and people at large? Who is known to be generous. Or are we choosing to be silent for the fear of being bullied? Do we owe him an apology for not speaking up for him when he needed us the most?”