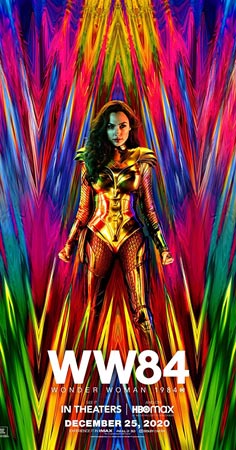 Days after the release of Wonder Woman 1984, Warner Bros. has announced that a third film based on the DC comic superhero is in the works with franchise star Gal Gadot and writer-director Patty Jenkins set to return. According to the studio, the third Wonder Woman movie will conclude the long-planned trilogy and will release theatrically. “As fans around the world continue to embrace Diana Prince, driving the strong opening weekend performance of Wonder Woman 1984, we are excited to be able to continue her story with our real life Wonder Women — Gal and Patty — who will return to conclude the long-planned theatrical trilogy,” Warner Bros. chief Toby Emmerich said in a statemet to Variety. The first Wonder Woman film, part of the DC Extended Universe, was released in 2017 to widespread critical acclaim and minted over $800 million at the worldwide box office. The opening date of for Wonder Woman 1984 was pushed back several times due to the coronavirus pandemic before Warner Bros. decided to release it on its streaming platform HBO Max and theaters on Christmas. The sequel features Kristen Wiig as the villainous Cheetah, Pedro Pascal as the over-the-top businessman Max Lord and Chris Pine as Diana’s love interest, Steve Trevor.