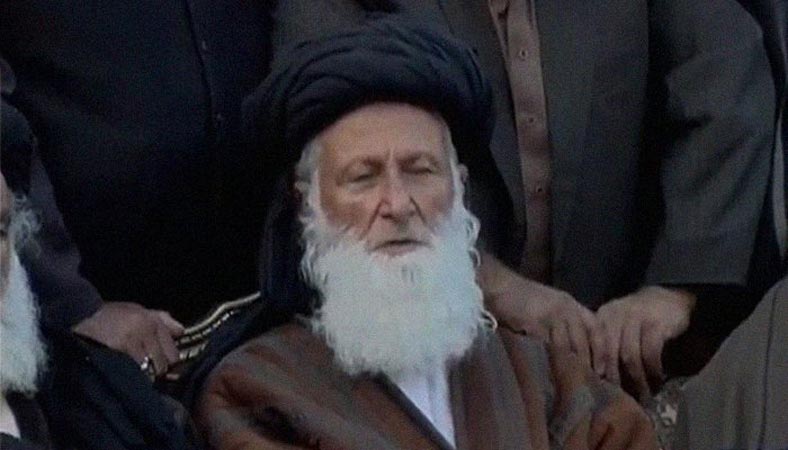 “We have inherited the Jamiat Ulema-e-Islam Pakistan party from great leaders,” said Maulana Sherani, a former chairperson of the Council of Islamic Ideology (CII), in a press conference here in the federal capital.

“Fazlur Rehman formed his own group called the JUI,” he said, clarifying that neither he nor his followers were ever part of the JUI-F or the faction created by Fazlur Rehman, who now also leads the Opposition parties’ anti-government coalition under the Pakistan Democratic Movement (PDM) banner.

“We have always been and will always remain a member in accordance with the JUI’s constitution,” Sherani stressed.

The former CII boss underlined that none of the JUI-P’s members would ever take any action against the teachings of Qur’an and Sunnah and that his companions needed to make their own decisions as to “whether to please God or to follow their own desires”.

“What is happening now is devoid of truth and honesty,” he said, slamming Fazlur Rehman for whatever transpired between the party’s members.

“We have inherited politics from the great leaders [but] these members are no longer members of this party,” he added. No political worker would be pressured under the party’s discipline, Sherani underscored. “God’s curse is on liars and traitors.” Speaking of future action, he said there would be three points and another seven on “our role in this regard”. “First off, no one will take any step against the Quran and Sunnah; no political worker will be forced to do any work; and we should encourage all colleagues not to break with the party or be stubborn. “We tolerate and listen to what people say about us but we will try to isolate such liars,” he added. The religio-political leader, however, stressed that his party would have “certain conditions on our programme” with the Fazlur Rehman faction, including ensuring participation if invited to an event and discouraging questions over such attendance. “Negative attitudes need to be replaced with positive ones,” Sherani added. “A resolution should be passed to cancel the JUI-F’s notification and a new one be issued under the JUI-P’s name. The new notification from the JUI-P should be submitted to the Election Commission of Pakistan (ECP), he added.