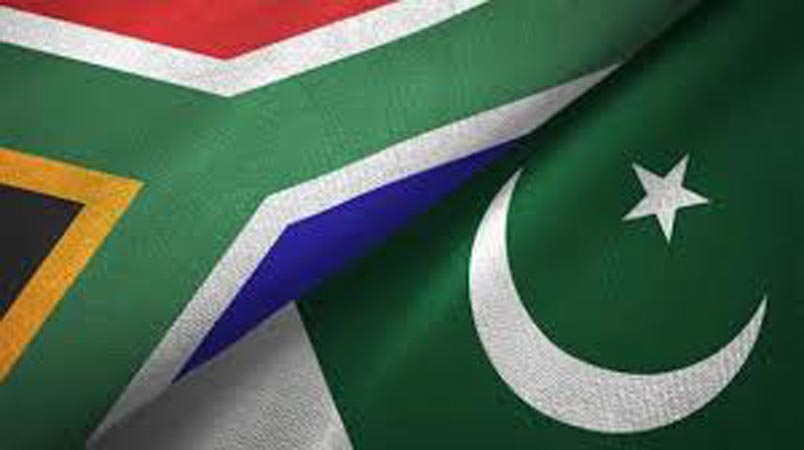 A 12-member delegation of the African Union (AU) reached Pakistan on Tuesday on the invitation of Senate Chairman Sadiq Sanjarani to extend multilateral ties. The delegation, led by Djibouti National Parliament President and Acting Chairman of AU Muhammad Ali Houmed, was received by Senator Mirza Afridi and other Senate Secretariat officials at the New Islamabad International Airport. According to a press release issued by the Senate, the navel chief of Djibouti is also among the high-level delegation. During their visit, the delegation would visit the Parliament House and meet the Senate chairman, whereas a meeting with the Senate’s standing committee on foreign affairs is also scheduled, along with a visit to the Senate Museum and Senate Hall. “Pakistan seeks to establish parliamentary, political and trade relations with African countries on an integrated basis,” the Senate chairman said. He added that the exchange [of dialogue] between parliamentary delegations would pave the way for economic and trade cooperation. A Memorandum of Understanding (MoU) would also be signed during the African delegation’s visit to the Parliament House. The head of the delegation would also record his impressions in the guest book.