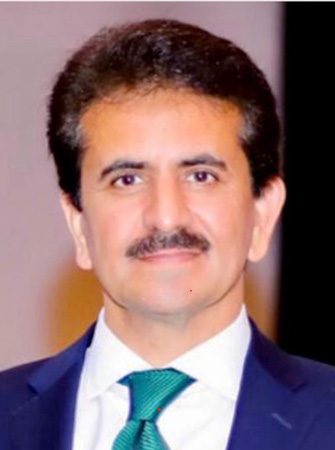 Pakistan on Tuesday reiterated its call for an independent inquiry under international scrutiny into the extra-judicial killings of three labourers in Indian-held Kashmir (IHK) in July.

In a statement, Foreign Office spokesman Zahid Hafeez Chaudri said: “The revelations that weapons were planted on the bodies of the labourers martyred in occupied Kashmir – to make it look as though they were armed fighters in a staged gun battle – are only a tip of the iceberg of Indian crimes against the Kashmiri people.”

On Saturday, police in occupied Kashmir had charged a captain of the Indian army and his two accomplices for killing three local labourers and passing them off as militants.

In a charge sheet filed in a local court, police said the captain had staged a gunfight on July 8 to make it appear like a clash with militants. A special investigation team of Jammu and Kashmir Police, which was tasked to probe the fake encounter, had filed a 300-page charge sheet against the army officer.

In Tuesday’s statement, the FO spokesman stated that the list of India’s crimes against the people of Kashmir was long. “More than 300 innocent Kashmiris, including women and children, have been martyred in fake ‘encounters’ and staged ‘cordon and search’ operations during the last one year. “Pakistan has been consistently drawing the international community’s attention towards extra-judicial killings of innocent Kashmiris by the Indian occupation forces to further perpetuate India’s illegal occupation of the region,” the statement said. It added that similar findings of extra-judicial killings had been reported by the UN Office of the High Commissioner for Human Rights (OHCHR) in two reports on Kashmir in 2018 and 2019.

“The horrific act of extra-judicial killing of the Kashmiri labourers, as well as other such acts over the past three decades, warrant investigation by a UN commission of inquiry, as recommended by the OHCHR, to expose the brutalities of Indian security forces in occupied Kashmir.

“Nothing short of an inquiry under international scrutiny will either meet the requirements of justice or be accepted by the Kashmiris people. No cover-up exercises can anymore hide India’s crimes and save it from international censure,” the FO spokesman said. “Pakistan reiterates its calls upon the international community to hold India accountable for its crimes against the Kashmiri people and work for the resolution of the Jammu and Kashmir dispute in accordance with the relevant UN Security Council resolutions and the wishes of the Kashmiri people,” the statement said.