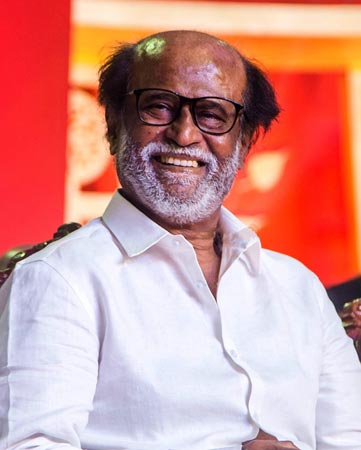 Superstar Rajinikanth had been admitted to Apollo hospital in Hyderabad for hypertension and exhaustion on Friday and was discharged a few days later on Sunday evening.

A picture of his wife Latha giving him a warm welcome as he returns home in Chennai has been shared by his fans.

In a press release by Apollo hospital shared by famous critic Ramesh Bala from his twitter account, it was announced that the actor’s blood pressure had stabilised and that he was feeling better. It also said in view of his improved medical condition, he is being discharged from the hospital.

Rajinikanth has returned to his home in Chennai where he will rest for a while before he gets back to shooting for his upcoming film ‘Annaatthe’.

In the adorable picture Rajnikanth’s wife is seen giving him a traditional welcome as she puts a tika on his forehead and performs aarti at the doorstep.

Rajinikanth was in Hyderabad shooting for his upcoming film ‘Annaatthe’ but the shoot was halted after four crew members had tested COVID-19 positive. However, Rajinikanth had tested negative.