Abbottabad on top with highest Covid positivity ratio of 15.95% 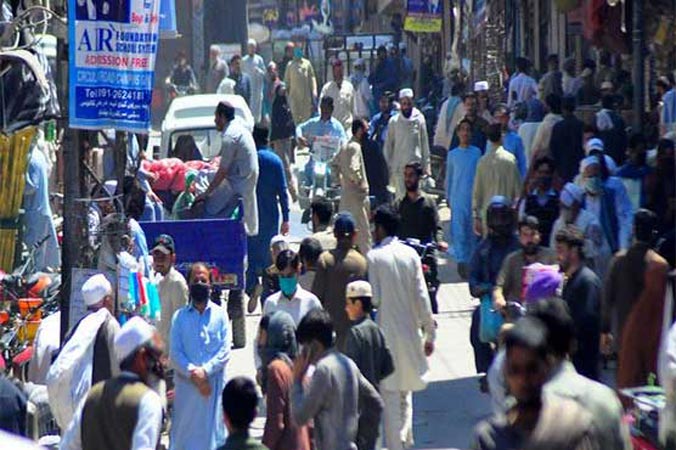 The highest positivity ratio of coronavirus in Pakistan has been recorded in Abbottabad at 15.95%, according to the latest update issued by the National Command and Operation Center (NCOC).

Abbottabad was followed by Karachi with 14.81 percent and Hyderabad 14.47 percent. The positivity ratio in Azad Jammu and Kashmir (AJK) was 12.54 percent, Balochistan 2.71 percent, Islamabad Capital Territory (ICT) 5.94 percent, Punjab 4.06 percent and Sindh had 8.61 percent. Positivity rate in Gilgit Baltistan (GB) was zero percent as no new case of the virus was detected.

The national tally of total active Covid-19 cases in Pakistan on Monday reached 39,488 with 1,974 more people tested positive for the deadly virus and 1,760 people recovered from the Coronavirus during the last 24 hours.

Fifty-five patients, 50 of whom were under treatment in hospitals and five in their respective homes or quarantines, died, according to the latest update issued by the NCOC. Most of the deaths occurred in Sindh, followed by Punjab. Out of total 55 deaths, 35 patients died on ventilators. No Covid-affected person is on ventilator in Azad Jammu and Kashmir (AJK), Balochistan and Gilgit Baltistan (GB) while 321 ventilators were occupied elsewhere in Pakistan.

Around 423,892 people have recovered from the disease so far across Pakistan making it a significant count with over 86 percent recovery ratio of the affected patients.

The local administration in Lahore has decided to impose smart lockdown in 33 more localities after surge in coronavirus cases and a list of the areas has been forwarded to cabinet committee.

Authorities in Karachi on Monday imposed micro smart lockdowns in seven union councils of District West as coronavirus infections continue to surge across the city. According to a notification from the deputy commissioner, a ban has been imposed on pillion riding, events and commercial activities during the lockdown period. The lockdown will come into effect on December 29 and will stay in place till January 11, 2021, stated the notification.