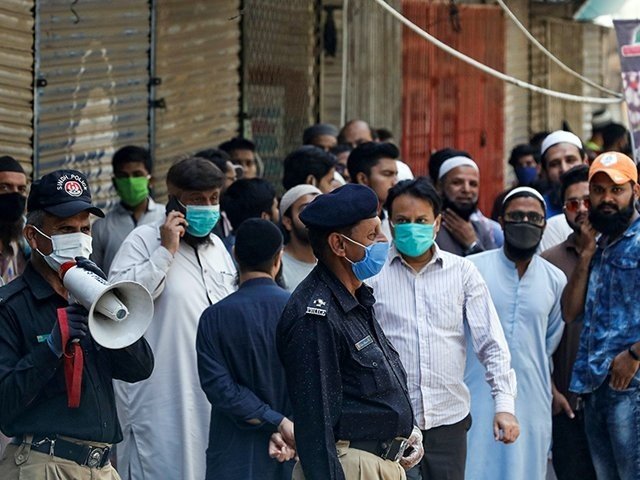 The national tally of total active Covid-19 cases in Pakistan on Sunday reached 39,329 as 1,853 more people tested positive for the deadly virus and 1,643 people recovered.

Fifty-eight patients, 53 of whom were under treatment in hospitals and five in their respective homes or quarantines, passed away, according to the latest update issued by the National Command and Operation Centre (NCOC). Most of the deaths had occurred in Punjab followed by the Sindh. Out of the total 58 deaths, 33 patients died on ventilators.

No Covid-affected person is on ventilator in Azad Jammu and Kashmir (AJK), Balochistan and Gilgit Baltistan (GB) while 314 ventilators are occupied elsewhere in Pakistan. The maximum ventilators are occupied in four major areas including Multan 54 percent, ICT 42 percent, Peshawar 31 percent and Lahore 34 percent. The oxygen beds are also occupied in four major areas as in ICT 33 percent, Rawalpindi 32 percent, Peshawar 65 percent and Multan 37 percent. Some 33,270 tests were conducted across the country, including 11,040 in Sindh, 13,176 in Punjab, 4,757 in Khyber Pakhtunkhwa (KP), 3,571 in Islamabad Capital Territory (ICT), 182 in Balochistan, 336 in GB, and 208 in AJK.