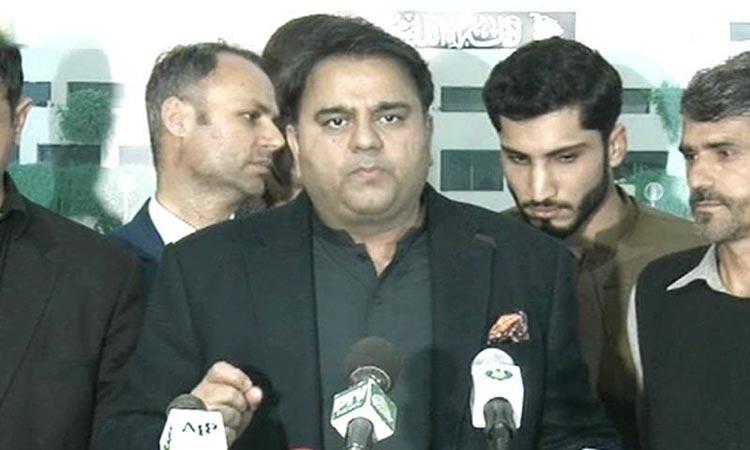 Federal Minister for Science and Technology Chaudhry Fawad Hussain has said that Pakistan Democratic Movement (PDM) is falling apart as the Pakistan Peoples Party (PPP) has distanced itself from the narrative of Nawaz Sharif and Maulana Fazlur Rehman.

Talking to newsmen on Sunday, Fawad said that politics of Pakistan Muslim League-Nawaz (PML-N) is based on enmity with Prime Minister Imran Khan that is why people have rejected it.

Referring to PML-N Vice President Maryam Nawaz’s address that she delivered in Sukkur on Saturday during the workers’ convention, Fawad said that the PML-N leader is not willing to answer “where the billions of rupees she transferred from her accounts to 32 companies came from.” He said that Maryam holds no experience in politics, adding that she has “bitterness in her words for all the institutions of the country.”

Speaking about the evident differences in Jamiat Ulema-e-Islam-Fazl (JUI-F), the minister said that Fazlur Rehman’s party would continue to grow apart in the coming days, adding that “Maryam’s politics has drowned her party and all her statements are based on lies”.

The federal minister said that the opposition leaders’ steps are faltering although they continue to give ultimatums to the PTI government. “The opposition’s movement has practically come to an end. Lahore has proved to be a ‘Waterloo’ for them,” he added.

He further said that PDM, together with Maryam Nawaz and Bilawal, does not pose a threat to the government or to Imran Khan, adding that “no one from the incumbent government will resign at their request.”

“They [opposition leaders] are showpieces. Given their weaknesses, we do not need to tighten our policy against them. In fact, I am in favour of the government to give the opposition a way out of this difficulty,” he concluded.