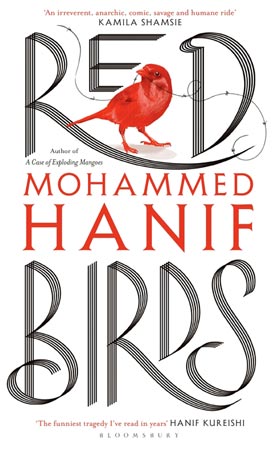 Birds, animals, living and non-living objects have been used by the human being to designate their territory, nation, belonging, commemoration, and for establishing relations.

The same or more so has been done in literature in order to symbolize, indicate and to personify ideology or the social prestige of a nation, especially while writing allegorical, such as postcolonial writings. These uses of animals facilitate the writer, to express his meanings and in illustrating his message. For example, Mohammed Hanif, in his novel,

A Case of Exploding mangoes,

employs a crow to reflect on the evil designs of men and nature which may be instrumental in making the death of the General take place. Same is the case with Arvind Adiga, who in his novel, The White Tiger,

employs four animals to label four type of human being and their working. The classical poet, Edmund Spenser in his Farie Queen uses the whole allegory through the animal imagery. This has been done and employed by the writers almost all over the world.

But the latest use of the animals by Mohammed Hanif is not only unique but also significantly purposeful in his novel Red Birds. Hanif

has not made his red birds visible in his novel but kept them like the souls or spirits or an abstract type of entity in his story and also that he makes very little mention of these birds. There are only two chapter where he takes view of the ‘red Birds’ but even here he puts the visibility of the birds in confusion because he makes very little number of people understand the existence of Red Birds and that too very minutely and delicately to be seen.

However, the readers need to see the red bird with two references: one that the novel discuses mostly the elements of terrorism and the war on terrorism and the associated problems with it and secondly the connection of red birds with the most powerful nation of the world. Red birds can be used and understood with reference their colour being red as the writer says that it is very difficult to see the souls of the people killed in war in some shapes, but these can be seen in the form of tiny red birds flying here and there in the war zones, especially in the desert war zones.

Red birds are abundantly available in certain parts of the United States and is loved because of its red plumage. This is nonmigratory bird and is mostly found in the South Easter territories. This bird is mostly known as cardinal in USA. Some institutions use this red bird as a symbol for their representations in USA. At least, seven Eastern USA states use Red bird as their symbol. But overall, the red bird in USA is associated with the hope and passion. At a larger level, this bird becomes the symbol of the hope that ultimate victory would on the part of the person engaged in any type of struggle and that whatever that person is doing that is not only consistent but also full of passion. This passion may be to dominate the world or to establish ones right on any piece of land in the world. This meaning becomes significant in the context of USA war on terrorism that USA is hopeful and passionate about winning the war on terror and will be able to establish its writ on the world.

In the world of the novel, according Mikhail Bakhtin the roles can be reversed and impossible can be made possible through different techniques. In the same tone, the novel Red Birds presents the conversion of the drop of the blood of anyone killed, converting into a tiny red bird which would fly in the air and could be seen only for a short time and with a special eye. All were not able to see the drops of blood converted into a red bird. The colour of the souls, in most of the traditional stories have been usually white or blue but here the color is red, most probably meant to represent the American passion and hope to survive and succeed in this world. Here, red colour denotes the Red Bird or the Cardinal inhabiting American south easter land. At one level, these red birds are therefore the ghosts and the soul of all the people died in the war on terrorism, even if through collateral damage. Although the death of these people has taken place but the seeds of bloodshed sown through terrorism would continue to exist in the shape of it ghosts to terrorize the next coming generations. At another level, it is just the American blood which was sacrificed for the glory of the American life. so, it represents the impact of USA, even if its soldier has died and shed his blood, the abstract impact of that blood will keep on existing and would keep representing the American passion and hope and struggle to play its role for the solution of the issues that the American people are facing.

The writer is a professor of English at Government Emerson College, Multan. He can be reached at [email protected] and Tweets at @Profzee