‘News of the World’ — Tom Hanks does the strong, silent type 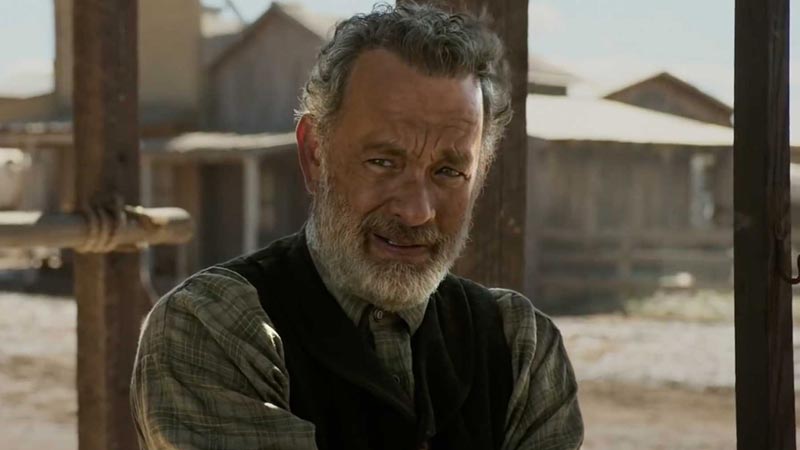 Nowadays, if you want a selection of news stories culled from various publications, you can use a cellphone app. But if you lived in Texas in 1870, you could pay a dime to watch Tom Hanks shuffle through a stack of newspapers and read selected articles aloud. It seems like a much better deal. In “News of the World,” a modest, solid western directed by Paul Greengrass and based on the novel by Paulette Jiles, Hanks plays Captain Jefferson Kidd, a Civil War veteran eking out a post-bellum living as an analog news aggregator. Kidd, who fought on the Confederate side, travels from place to place, peddling a mix of diversion and information. He promises yarns that will distract his audiences from their own troubles, though his choices include reports on a meningitis outbreak, a coal mine fire and a ferry accident. That all may count as entertainment given the grimness of the local situation. Five years after the end of the war, a state of simmering hostility persists across much of Texas. Union soldiers patrol the towns and roads, incurring resentment from a white population reluctant to rejoin the United States. Kidd stumbles on the aftermath of a lynching and hears frequent reports of violence against Indians and Mexicans.