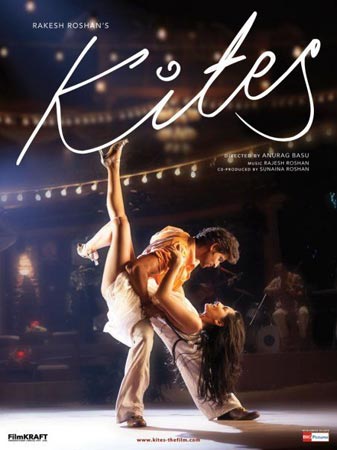 Director Anurag Basu has said that his vision for the 2010 film Kites did not match that of producer Rakesh Roshan. Intended to be a film that could crossover to Hollywood, Anurag said that in the end ‘na idhar ki rahi na udhar (It was neither here nor there).”

In an interview, he said that he was approached by Rakesh with a one-line idea for the project, which included a ‘foreign girl’. Anurag returned with a fleshed-out pitch that had deviated from the original idea, but Rakesh’s son and star of the film, Hrithik Roshan, ‘loved it’.

“Take a film like Gangster. I wanted to shoot in Korea. I asked my producer [Mukesh Bhatt] if I could. He’d be like, ‘Here’s Rs 3 crore – finish the film within it. Now I don’t care if you go to Honolulu, or anywhere else.’ So, I knew my budget; production was in my hands. That’s what I was used to,”

He continued, “With Kites, it wasn’t like that. I was just going there and directing. And we would discuss how we are going to execute [the scenes]. I was not thinking of market, returns… It started out as a small, indie [film]. It was taking its shape, with four or five people making decisions. Also my vision and Rakeshji’s were separate. Eventually, yeh naa idhar ka raha, naa udhar ka [it belonged to neither an international nor a local audience]. Na gaon pe pahuncha na Hollywood mein (It didn’t attract the single-screen crowd nor did it work for Western audiences).”

Eventually, Anurag said, he deferred to Rakesh’s judgement, because he thought of himself as being inexperienced in making big-budget films.

Co-starring Mexican telenovela actor Barbara Mori and Kangana Ranaut, Kites was a critical and commercial disappointment, having made a little under Rs 50 crore against a reported Rs 80 crore-plus budget.