There is new life infused in me, can’t wait to work more: Dimple 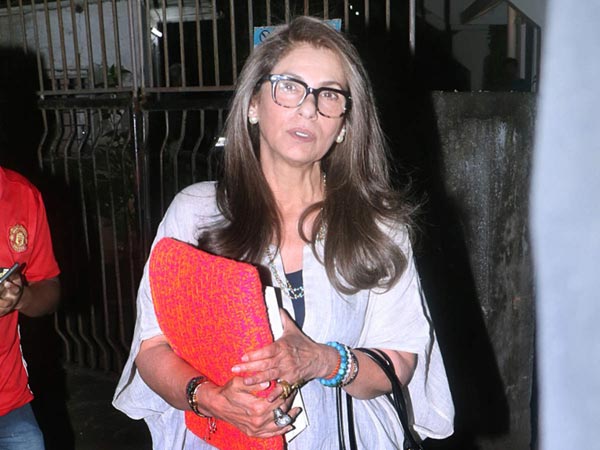 With a Christopher Nolan film under her belt, veteran actor Dimple Kapadia is now raring to go. The actor, who has been working in the film industry for close to 50 years now, says it is a new start for her.

“I don’t know, I have been here in 50 years in the industry. I don’t think they would look at me any differently. I have been here too long,” says the actor, who landed her first acting assignment at the age of 16 and her first film Bobby released in 1973.

Talking about her experience of working with Nolan, the actor says for her, it was a dream to even get a chance to work with the acclaimed director. “Are you kidding me? It is every actors dream. I consider myself extremely fortunate,” she quickly responds. While she could not believe that she actually got a call for a Nolan film initially, Kapadia says she wasn’t immediately convinced about the film because she was wary of auditioning.

“They said I had to do an audition and I don’t do an audition. And then my children and grandchildren told me to go for it. I said to myself that ‘I got to get over my fear and give it a chance.’ If I can get through it then I can do it. When I got the part I was more than just elated,’I was terrified. I was like, yes I got it but will I be able to deliver with all my fears and insecurities,” the actor shares.

But soon she realised that her fears were unfounded. “It was stupid of me because once you are in his hand, he takes care of everything. So you just have to show up. He knows exactly what he wants from his actors,” she says.