NRO to opposition to be biggest treason: PM 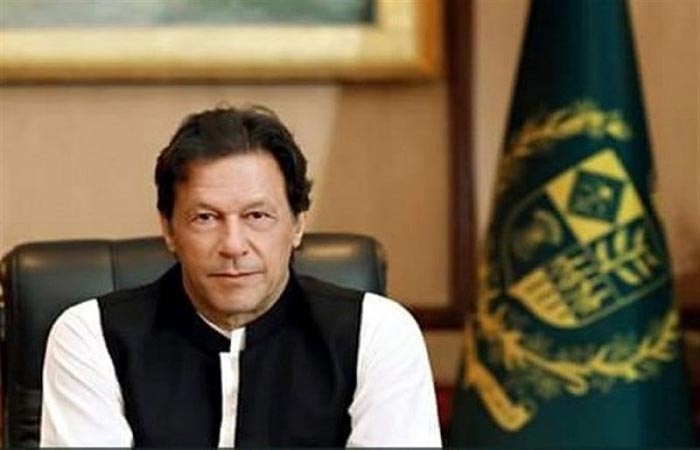 Prime Minister Imran Khan on Saturday, while reiterating his strict stance of no compromise over opposition’s corruption cases, said any National Reconciliation Ordinance (NRO) even by any government would be the biggest treason.

“I have never seen any opposition targeting army … just for sake of NRO through blackmailing or pressure tactics. If any government gives NRO to these thieves, it would be the treason even bigger than that by an enemy,” the prime minister said while addressing a gathering after the groundbreaking of four mega development projects worth Rs 15 billion.

The prime minister lambasted opposition for blaming the army over poll rigging without even approaching the relevant forums. He said Pervez Musharraf used to be criticised for his involvement in politics. He said targeting army chief and director general of Inter-Services Intelligence is tantamount to speaking the language of India which had the most anti-Indian and anti-Muslim government of the subcontinent.

The prime minister said if opposition is given NRO, the future generation would learn that country had discriminatory laws for the elite and poor. He said the country needs a strong army more than ever but unfortunately, the opposition is targeting them even feeding the fake media sites exposed by European Union based DisinfoLab. He said the Indian fake propaganda was meant to undermine Pakistan and destabilize it besides keeping investors away from the country.

did not remove the elected government.

The prime minister said Musharraf had given them NRO and consequently the country’s debt swelled from Rs 6000 billion to Rs 30,000 billion during their 10 years tenure. He said the government was left with minimal resources for spending on public welfare after paying Rs 4700 billion for debt payment.

Without naming Bilawal Bhutto and Maryam Nawaz, the prime minister questioned their qualification to lead a political party except being the children of those who ruled and looted country for three decades.

Prime Minister Imran Khan, expressing dismay at his political opponents’ self-centered tactics, predicted that soon their parties would face formation of forward blocks in the parliament and assemblies.

Talking to media during his visit, the prime minister, in response to question about Pakistan Democratic Movement (PDM) leadership announcement of resignations from assembles, observed that their legislators had spent millions of rupees on election campaigns so how could they resign on their assertions. “It is my prediction that soon they will form forward blocks in the assemblies,” he stressed.

The prime minister further said Maulana had already been a 12th man (referred to an extra player in a team) and upon his demands who would tender resignation.

They (legislators) would not accede to such demands. Their parties knew it very well that these antics were employed by their leadership to save their corruption, he added.