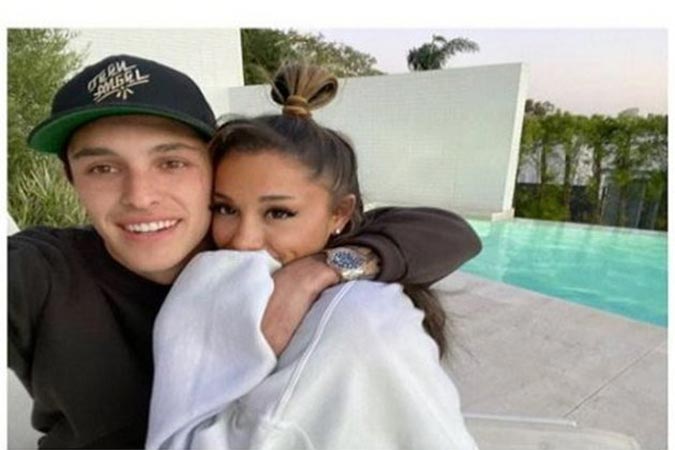 Just like magic, Ariana Grande is spreading holiday cheer. E! News has learned that the “Positions” singer sent Secret Santa gifts and Amazon vouchers to hundreds of patients at Royal Manchester Children’s Hospital and Manchester Royal Infirmary. The UK city has held a special place in Ariana’s heart ever since a terrorist detonated a bomb during a stop at Manchester Arena on her Dangerous Woman tour, killing 22 people and injuring more than 500 others.

Ariana and her fiancé Dalton Gomez

also gave a helping hand closer to home, sending UCLA Mattel Children’s Hospital patients special gifts from their wishlists. The hospital took to Instagram on Wednesday, Dec. 24 to share an adorable series of photos featuring some of the kids who received presents—which were delivered with surprise pizzas and other goodies—along with cards that read “happy holidays! love ariana grande + dalton gomez.” Parents who have kids in the neonatal intensive care unit at both the Los Angeles hospital and in Manchester were treated to presents from Ariana, too. A source tells E! News the moms and dads received gifts like blankets, face creams, lotions and more. The generous donations come just three days after Ariana announced on Instagram that she’s

set to marry Dalton, a SoCal real estate agent who she first sparked romance rumors with in February. The pair officially went public with their relationship in May, appearing in Ariana and Justin Bieber’s “Stuck With U” music video. Since then, the Grammy winner has shared several photos of the two of them together.