Violinist Andre Rieu: It is important audiences hope for the future 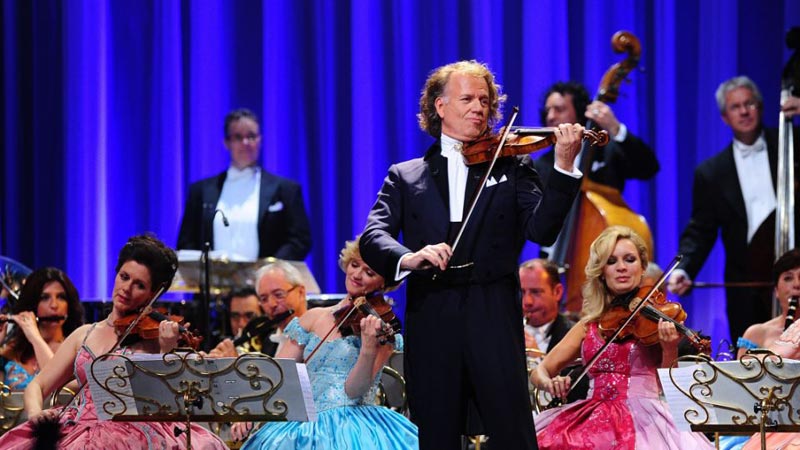 Dutch violinist and conductor Andre Rieu is hoping to inspire listeners around the world to keep fighting for the return of live music.

The so-called King Of The Waltz said it was important people did not give up hope amid the coronavirus pandemic, while audiences remain unable to gather in his native Netherlands and much of the UK.

Rieu, 71, founded the Johann Strauss Orchestra in 1987, and it has since grown to become the largest privately owned orchestra in the world, but it has been unable to play for much of 2020.

He has released a film of its 2019 Christmas concerts in his home town of Maastricht, titled Jolly Holiday, in the hope it will help his audience over the festive period.

He told the PA news agency: “It is very important that they see this and that they get hope for the future, that people say, ‘That was the normal and that is what we are fighting for – to get that back as soon as possible’.

“I am here to speak out my hope because I am a positive thinking person. The glass is always half full in my mind.

Rieu decided to release the concert film after the pandemic prevented him and his orchestra, which includes 50 musicians and 10 chorus members, from entering the recording studio.

Recalling the three nights in which they performed to more than 35,000 people, he said: “It was a big organisation. It was the first time I did it here in my city, in this huge ugly hall, and I changed this hall into a winter palace. “It cost me a lot of money but I wanted to give that to my audience, and to myself, of course.

“All these people were sitting there – 12,000 is a lot of people, but it felt intimate.

“It was really Christmas, it was fantastic, and all the people went home in a Christmas atmosphere and that is what I wanted.”

Jolly Holiday is available now as a live album and DVD.