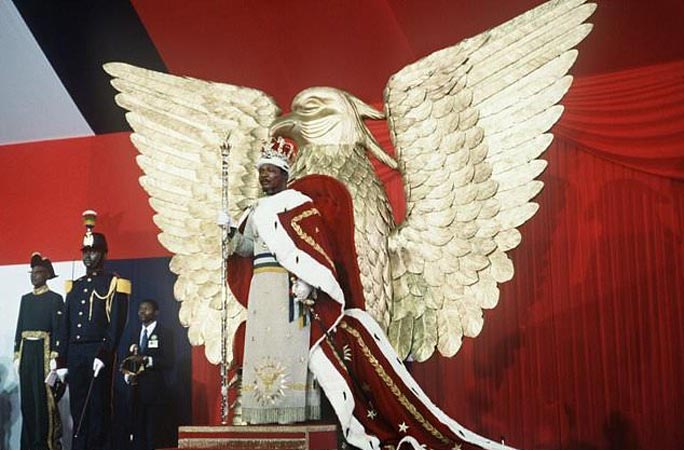 The troubled Central African Republic (CAR), which elects a president on Sunday just over a week after an alleged coup attempt, has been mired in violence for more than seven years.

Here is a factfile:

The landlocked former French colony is rich in diamonds, uranium, timber and gold — all coveted by warring armed groups.

It is also a producer of cotton, coffee and tobacco.

But chronic instability has hindered the CAR’s development and about 71 percent of its 4.9 million population live in poverty, according to the World Bank.

It is second last on the UN’s Human Development Index, which compares factors including longevity, education and income per capita. Economic growth is likely to slow to 1.1 percent this year because of the coronavirus.

The first post-independence president, David Dacko, was overthrown in late 1965 in a coup led by his cousin, Jean-Bedel Bokassa, the head of the army.

He declared himself president for life in 1972, and then Emperor Bokassa I in a lavish ceremony modelled on Napoleon’s coronation in Paris in 1804, even inviting the pope to crown him.

Bokassa’s reign was marked by bloodshed and repression, and French paratroopers drove him out in September 1979.

A civil war erupted in March 2013 when mostly Muslim rebels in a coalition called the Seleka stormed the capital and removed Bozize, a Christian who had seized power a decade earlier.

Other groups, notably Christians and animists, organised their own militias, prompting fears of a genocide along sectarian lines.

After a transition period Faustin Archange Touadera was elected president in February 2016, and he is now standing for a second term.

Violence has decreased since the February 2019 signature of a UN-African Union-backed peace deal.

However, two-thirds of the territory remains in the control of armed groups.

The clashes have caused thousands of deaths and displaced nearly a quarter of the country’s population.

The UN says that next year 2.8 million Central Africans will need humanitarian aid and protection, and the coronavirus pandemic has made matters even worse.

Russia has been leading a vast diplomatic and financial offensive since 2018 in return for major concessions for Russian companies to exploit the CAR’s mineral wealth, particularly gold and diamonds.

It has an agreement with the CAR to provide instructors for its poorly trained and under-equipped armed forces.

In July 2018 three Russian journalists were killed while probing alleged mercenaries from their country.

Bozize — barred from standing in Sunday’s election because of an arrest warrant over torture and murder — was accused last weekend of trying to stage a coup with three of the country’s most powerful militias. He denies the claim.

Rwanda and Russia have sent “hundreds” of military personnel in support of the government, according to the CAR. The two countries have confirmed this account, with Russia saying the men are military instructors. Both says the deployments are under bilateral agreements with the CAR.