A year of mourning — all the tragic celebrity deaths of 2020 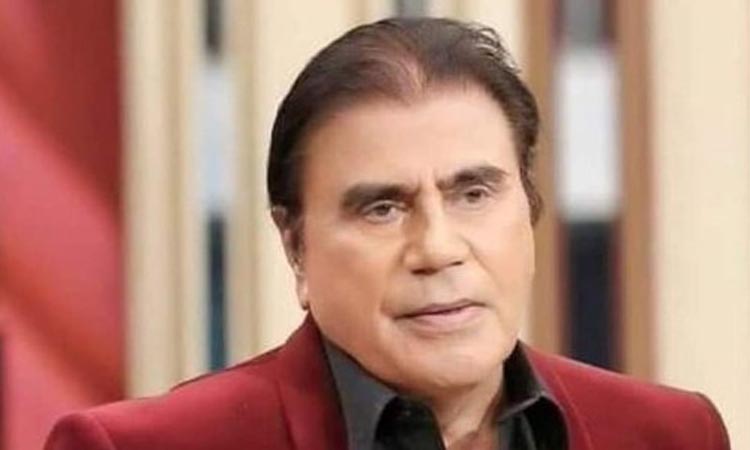 Tariq Aziz was a Pakistani TV actor and host, best known for PTV’s test show Neelam Ghar, first circulated in 1974, later renamed the Tariq Aziz Show and recently as Bazm-e-Tariq Aziz. He was the principal face to show up on television in Pakistan. He had additionally been an individual from the National Assembly of Pakistan between 1997 and 1999. Tariq Aziz was born in 1936 in Jalandhar in the Arain Family, now Punjab, India. He was one of the principal TV hosts to increase business accomplishment by utilizing the foundation of his test show Neelam Ghar. Aziz won Pride of Performance Award by the President of Pakistan in 1992 for his services to the country. He passed away on 17 June 2020 in Lahore, at the age of 84.

Amanullah Khan (1946–6 March 2020), was a Punjabi theatre artist, comedian and TV entertainer hailed as arguably the best comedian in the Indian subcontinent. He was most famous for his observational humor and dry jibes. He also held the world record of 860-day night theatre plays. Amanullah earned colossal regard and love for his outstanding work. A couple of his acclaimed stage dramatizations fuse ‘Khirki ke peechay,’ Disco Deewanay,’ and numerous others. He was given the Pride of Performance Award by the President of Pakistan in 2018 and passed away on 6 March 2020 because of kidney failure in Lahore.

Zara Abid was a Pakistani model and actress. She had been highlighted in different photoshoots of famous photographers. She made her movie debut in Chaudhry, coordinated by Azeem Sajjad. She was one of the travellers who passed on aboard PIA Flight 8303, which crashed in Karachi, Pakistan, on 22 May 2020. Zara Abid was born on 4 April in Lahore but grew up in Karachi with her family. She finished her tutoring at St. Patrick’s Girls High School, before graduating with a four-year certification and going into show business. As a design symbol, she was known for her tall stature and tanned appearance, which made her stand out in an industry commanded by lighter-skin models. According to Abid, when she began modelling, she faced discrimination and prejudice because of her looks and skin.

It is difficult for Sushant Singh Rajput’s fans and admirers to come in terms with his death. On June 14, the actor was found dead at his Bandra apartment at the age of 34. The actor had become a household name with the television show Pavitra Rishta before entering Bollywood. His performance as Manav Deshmukh had touched millions of hearts. Sushant then made his debut on the big screen in 2013 with the film Kai Po Che. It was the beginning of his amazing and eventful career. He earned praise for his performance in

MS Dhoni: The Untold Story, Shuddh Desi Romance, and Chhichhore, among others. His demise has sparked a debate on social media about the alleged nepotism and favouritism in Bollywood and several celebrities and politicians demanding a CBI enquiry into his death.

Ace Bollywood actor Rishi Kapoor passed away in Mumbai at the age of 67 on April 30 following a two-year-long battle with leukemia. The actor returned to India in September 2019 after reportedly undergoing treatment in the US for almost a year. In February, 2020 Rishi Kapoor was hospitalised twice due to his health issues. A third-generation actor, Rishi Kapoor, was the second son of actor Raj Kapoor and grandson of Prithviraj Kapoor. He began his career as a child artiste in Mera Naam Joker (1970), for which he received the National Award. As an adult protagonist, his first film was Bobby in 1973. Kapoor went on to act in over 90 films in the next four decades. He was last seen in 102 Not Out co-starring his dear friend Amitabh Bachchan, where the latter played Kapoor’s centenarian father.

Legendary actor Irrfan Khan breathed his last on April 29 in Mumbai. The actor had been unwell for a long time and a week before his demise, he was admitted to Kokilaben Hospital after being diagnosed with colon infection. He had been diagnosed with a neuroendocrine tumour in 2018 and had lost his mother in Jaipur just three days before his death. Irrfan was known for his extraordinary acting skills and was also dubbed as India’s face in the West. Eldest of three siblings, Irrfan joined the National School of Drama after his father’s death. After doing television for years in the 80s, Irrfan found his big break in Aasif Kapadia’s The Warrior. His career steadily progressed and he went on to deliver memorable performances in films such as The Life of Pi, The Lunchbox, Piku, Paan Singh Tomar, The Namesake, and Maqbool among others. His last film was Angrezi Medium, ahead of which the actor had shared an empowering video message for his fans, stating that the only choice he had was to remain positive.

Born on November 29th, 1976, in Anderson, SC, American actor Chadwick Boseman scored his first major role on Persons Unknown as a series regular, having previously studied directing at Howard University. Boseman first earned major recognition for portraying sport’s icon, Jackie Robinson in 2013’s 42, and a music icon, James Brown in 2014’s Get on Up. Boseman would go on to helm the Wakandian crown in the role of King T’Challa in Marvel’s Black Panther, playing the titular character for four Marvel Cinematic Universe films including two Avengers films. In 2016, Boseman was diagnosed with stage III colon cancer, an illness that he hid from the public eye until his tragic passing on August 28th, 2020, due to complications related to cancer.

Sir Sean Connery was born on August 25th, 1930, in Fountainbridge, Edinburgh, UK. The Scottish actor lived to create one of the most impressive IMBD pages in Hollywood history, kicking it all off with his run as the titular character James Bond in which he helmed the black tux and pistol seven different times, from 1962 to 1983. Other noteworthy performances include the roles of Henry Jones Sr. in Indiana Jones and the Last Crusade, John Mason in The Rock, King Arthur in First Knight, Marko Ramius in The Hunt for Red October, and Jim Malone in The Untouchables. Connery retired from acting in 2003 to enjoy the remaining years of his life, eventually passing from complications of pneumonia and heart failure on October 31st, 2020 at the age of 90.

American musician and songwriter Edward Lodewijk Van Halen was born on January 26th, 1955. In his lifetime, Van Halen co-founded the legendary rock band, called Van Halen, in 1972 with his brother, Alex. The band is responsible for many hit songs, including “Jump”, “Hot for Teacher”, and “Panama”. Other noteworthy performances include the roles of Henry Jones Sr. in Indiana Jones and the Last Crusade, John Mason in The Rock, King Arthur in First Knight, Marko Ramius in The Hunt for Red October, and Jim Malone in The Untouchables. Connery retired from acting in 2003 to enjoy the remaining years of his life, eventually passing from complications of pneumonia and heart failure on October 31st, 2020 at the age of 90.

American musician and songwriter Edward Lodewijk Van Halen was born on January 26th, 1955. In his lifetime, Van Halen co-founded the legendary rock band, called Van Halen, in 1972 with his brother, Alex. The band is responsible for many hit songs, including “Jump”, “Hot for Teacher”, and “Panama”. Best friends with other comedy legend Mel Brooks, one of Reiner’s last appearances was an interview describing how he and Mel would keep each other company by watching TV together remotely via webcam; He died of natural causes.

Actor and comedian Fred Willard passed away earlier this year from a suspected heart attack. Fred is best known for his television roles on Everybody Loves Raymond and Modern Family, and even the Anchorman movie. Though, even people who may not know him by name likely recognize him for having guest roles in various different pieces of entertainment. Shortly after his death, the Netflix show Space Force was released where he played the father of the main character, General Naird (Steve Carell). Fred Willard was 86 years old. 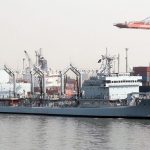