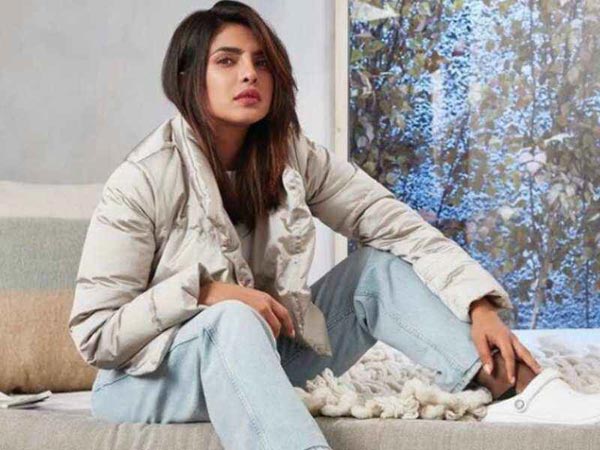 After a new, potentially more infectious strain of Covid-19 was detected in the UK, the government has imposed restrictions on travel. Reportedly, Priyanka Chopra, who was shooting for her Hollywood film

Text For You in London, is stranded in the country.

Many parts of the UK have already been put under Tier 4 lockdown – the highest level – as the new variant of the virus has high transmissibility. While Priyanka and the team were originally supposed to shoot till January, it is being said that the production team is trying to arrange for everyone to return to the US at the earliest.

“The producers have halted production at the moment. Their top priority is to ensure the safe return of the cast and crew. Special permissions are being sought to travel back to the US, but the procedure may take longer than usual with the lockdown rules becoming stricter than ever before. It is possible that Priyanka and the rest of the unit will have to stay put in the UK for a while,” a source told Mid-Day.

Earlier this month, Nick Jonas shot for a cameo in Text For You, which features Priyanka and Sam Heughan in the lead roles. Celine Dion, Russell Tovey and Omid Djalili will also star in the film, a remake of the German film SMS Fur Dich, which itself is a cinematic adaptation of Sofie Cramer’s novel of the same name.

Directed by Jim Strouse, Text For You is about a young woman, reeling from the death of her fiancé in a car accident, who continues to send romantic messages to his old phone number even after two years. She develops a bond with the current owner of the number, a man suffering a similar heartbreak. Celine is said to play the catalyst who brings them together.