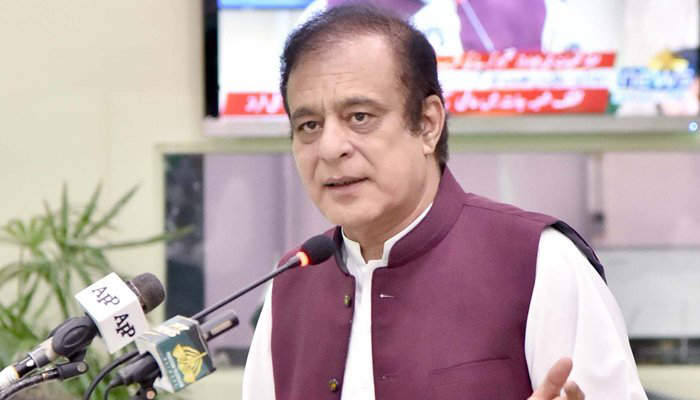 Federal Minister for Information and Broadcasting, Senator Shibli Faraz has said that India has become a hub of terrorism and extremism.

In a tweet on Thursday, the information minister said that the notice of Ofcom, the UK’s regulator for the communications services, is a manifestation of India’s disgrace at the global level. He said that Ofcom has exposed Indian Channel Republic TV’s hate narrative against Pakistan. He said that Disinfo Lab earlier unmasked the Indian business of lies.

In another tweet, Shibli Faraz said that Maryam Nawaz’s journey from public gatherings to rallies and then corner meetings indicates her gloomy political future. He said that people stand with a cause and they do not want to become fuel for the politics of vested interests. He said their politics has ended without even its beginning.

Separately in an interview with a private news channel, Shibli Faraz said that there is no restriction to hold Senate elections before the time under the Constitution.

He said that it is the duty of Election Commission of Pakistan to announce the schedule for the elections while the government is seeking the apex court’s guidance regarding the early Senate elections with show of hands.

About resignation of opposition, the information minister said that political parties are not showing any interest in resignation and the Pakistan Peoples Party (PPP) and Pakistan Muslim League-Nawaz (PML-N) are preparing for contesting bye-elections. About the long march of opposition, he said Maulana Fazlur Rehman would run the drive alone as no one in the party is interested in resignation or long march.

In reply to a question about dialogue with opposition, he said the parliament is the best forum to discuss issues. Shibli Faraz said the Prime Minister has also given assurance for talks with opposition except on national reconciliation ordinance.