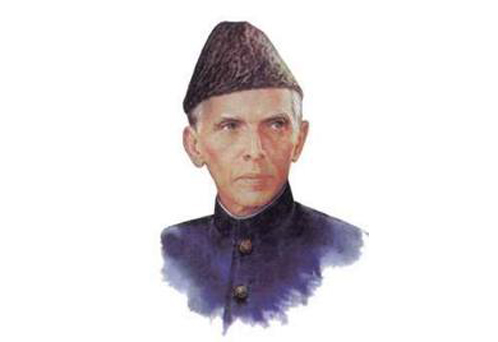 Stanley Wolpert says “there are a few individuals who significantly change or alter the course of history. Fewer still modify the map of the world. Hardly anyone can be credited with a significant success of creating a nation-state. Mohammad Ali Jinnah did all three.”

Wolpert, a renowned American academic, author had written many famous books including Jinnah of Pakistan, a book on the life and works of founder of Pakistan, Quaid-e-Azam Muhammad Ali Jinnah.

Muhammad Ali Jinnah, in his address to the first constituent assembly of Pakistan on August 11, 1947 had said, You are free, you are free to go to your temples, you are free to go to your mosques or to any other places of worship in the newly born State of Pakistan. You may have affiliation or if you belong to any sect, religion, caste or creed, that has nothing to do with the affairs and working of the state, the Quaid said clearly.

Nation is going to celebrate the 145th birthday of Father of the Nation, Quaid-e-Azam Muhammad Ali Jinnah on December 25 (Friday) across the country, with traditional zeal and fervour.

Quaid-e Azam Muhammad Ali Jinnah, joined the All India Muslim League in 1913 and his political career came under the influence of the Britain law where he studied. In 1892, in London the Graham’s Shipping and Trading Company Office offered him an apprenticeship.

During his academic studies, he came across the British leaders like William Gladstone and John Morley and was impressed by their thoughts in the United Kingdom.

Also, he came to know the political viewpoints of the Indian leaders, Dadabhai Naoroji and Sir Feroz Shah Mehta, and commended their moderate visions at various occasions.

Noted historian Professor Dr. Riaz Ahmad (TI) has valuable contribution with scholarly articles and 17 written books on Quaid-e-Azam, which makes him an eminent research scholar of Quaid-i-Azam Studies.In his book on Quaid-e- Azam, ‘ The Works of Quaid-i-Azam Mohammad Ali Jinnah, 1919-20,’ Dr Riaz Ahmad has made it clear that the Quaid used to say often that there were four powers in the Subcontinent namely: the British government, the Muslim League , the Hindu Congress and the old native (independent) states.

This was the Quaid’s exact reply to the leaders of the Hindu Congress, who used to claim that there were only two powers in the Subcontinent, the British and the Congress, Dr. Riaz writes.

But Jinnah, by the dint of his courage and initiative, established his position as a political leader and soon became successful in defending the Muslim cause and interests so gallantly that all evil designs and conspiracies of Hindus ideology were foiled, he narrates in his book.

His famous Fourteen Points (1929) saved the Muslims from nefarious evil agenda and designs of the Congress, he reveals. Prominent worker of Pakistan Movement, and close aide of Quaid-e Azam, Col (Retd) Raja Sultan Zahoor Akhtar Kiani while talking to APP urged the youth to follow founder of Pakistan Quaid-e-Azam Muhammad Ali Jinnah’s golden principles of ‘Unity, Faith and Discipline to make the country an Islamic, democratic and welfare state.

Replying to a query Sultan Zahoor said that for the past 70 years, so called bouts among the self-appointed custodians of Pakistan’s ideology and democracy had disappointed the nation, adding the absolutely power-hungry politicians and the belligerent bureaucracy had enslaved the inspiring miracle of Pakistan independence vision.

Sultan Zahoor said that the creation of Pakistan was based on the two-nation theory, adding Quaid-e-Azam being the great nobel leader, united the people of subcontinent to realize and materialize the dream of Allama Iqbal. Paying tribute to the services of the Father of the Nation, Sultan Zahoor Kiani said that the great Quaid , with his dynamic political insight had defeated the British and the Hindus on ideological fronts, adding this was the way how he was succeeded in achieving a separate homeland for the Muslims.

Sultan lamented that after the death of the Father of the Nation,his unfaithful successors deviated from his path and turned Pakistan into a playfield of corrupt leaders. He expressed the hope that education, awareness and literacy could only inspire the Pakistani youth to rise above provincial sectarian and linguistic problems.Pir Sayyed Muhammad Kabir Ali Shah, another prominent Pakistan Movement worker highlighted a detailed description of the Quaid’s story of struggle for Pakistan, in a chat with APP.

He said it was Jinnah who reorganized the people and Muslim League at one forum, during the crucial period of Indian history from the year 1936 to 1939.Kabir Ali said that the Muslim League had not only lost 1937 polls but also its morale and courage. But, Jinnah, at this critical juncture reunited and helped the Muslim League rise like a phoenix from the ashes.

If there had been no such re-structuring and organizational skills of the Quaid-e-Azam, the Muslim League would had met the same fate during 1945- 46 general elections, he claimed.

While expressing immense love for the youth of the country, Kabir urged them to adopt and follow the footsteps of the great leader so that the past glory could be regained.Paying tribute to the Muhammad Ali Jinnah, Kabir Ali said that the cherished dream of a separate homeland for the Muslims of the Subcontinent was matrialised under his inspiring leadership, and epoch struggle.

He said this was the statesman, dignity and political insight of the great leader who defeated the British and Hindu efforts on ideological basis.

“Unfortunately, we have not been able to serve the nation or state with the same spirit with which it had come into being, ” He said. Still there’s time to wake up from our deep slumber so that we can still endeavour to make a difference by having the same spirit of Quaid with which the country was achieved, he emphasizes.