No captaincy thoughts as Markram looks for reset in test cricket 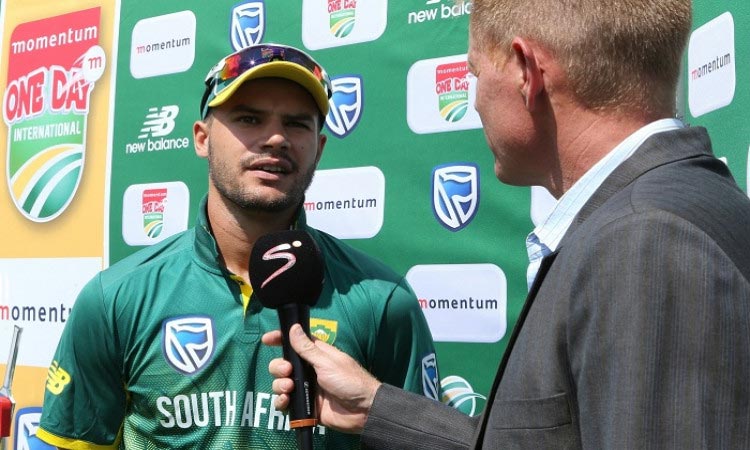 JOHANNESBURG: Aiden Markram must first cement his place in the side before he can realise his dream of captaining South Africa, though the opening batsman feels refreshed ahead of a two-test home series against Sri Lanka that starts on Boxing Day.

Markram, 26, was earmarked early in his career as a future test captain, but the poor form in a turbulent 18 months where he lost his place in the side means he is back to square one and looking to reignite his career. White-ball skipper Quinton de Kock has agreed to lead the test team for the 2020-21 international season until a long-term appointment can be made, and Markram is concentrating only on scoring runs before thinking of anything else. “In terms of captaincy, it is something I really enjoy doing, but I have not put much focus on that,” Markram told reporters on Wednesday. “I am playing for my spot again, so for me to be thinking about the captaincy is certainly not on my radar. I haven´t been good enough over the past 18 months.”

The tall opener scored exactly 1,000 runs in his first 10 tests, averaging 55.55, but managed just 424 in the next 10 at 22.31 with no centuries. He feels the time away from international cricket, brought about by the COVID-19 pandemic, could turn out to be a blessing in disguise. “I played a lot of cricket where I was struggling, so I didn’t have time to reflect on things that maybe worked in the past and just slow things down,” he said.