* Reference seeks Supreme Court's opinion for amendment in Section 122 (6) of Elections Act, 2017, without any amendment in constitution 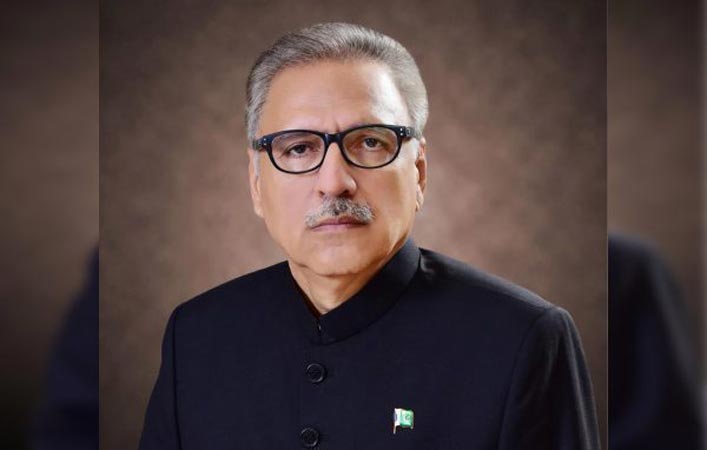 President Dr Arif Alvi on Wednesday approved the proposal of Prime Minister Imran Khan for sending a reference to the Supreme Court of Pakistan under Article 186 of the constitution.

The president, who also signed the reference, has sought the apex court’s opinion regarding the holding of Senate election – a matter of public importance, through open ballot/show of hands as proposed by the prime minister.

The reference seeks Supreme Court’s opinion for amendment in Section 122 (6) of the Elections Act, 2017, without any amendment in the constitution.

On December 15, the federal government decided to hold Senate elections in February and invoke the advisory jurisdiction of the SC on open voting for the polls. The elections are to be held for 52 seats of the upper house because as many members of the 104-member Senate will retire on March 11.

The proposal to seek the apex court’s opinion under Article 186 of the Constitution was given by Attorney General Khalid Jawed Khan. Briefing the cabinet, he had said if Section 122(6) of the Elections Act, 2017 was amended through an ordinance before the commencement of the election schedule by the Election Commission of Pakistan (ECP), the elections to the Senate could be held through open voting instead of secret ballot.

“However, keeping in view the sensitivity of the matter and given the fact that there is sufficient time before the next election to the Senate, the government may seek ‘clarity’ on the issue by filing a reference to the SC under Article 186 of the Constitution,” he had said. “This course is not necessary but as the matter is of utmost significance and would affect the functioning of the Senate, it may be prudent to seek the opinion of the SC,” he had said.

AG Khan had said the Senate election was scheduled to be held in or about March 2021 to fill the seats as mentioned in Article 59 of the Constitution. The prime minister had made a public statement conveying the desire of his government to hold the elections by open ballot/show of hands as against secret balloting.

He had said Article 226 of the Constitution had been interpreted by different courts. The Sindh High Court (SHC) in the case of the MQM vs province of Sindh (PLD 2017 Sindh 169), following the earlier judgement of Balochistan High Court in the case of Attaullah vs government of Pakistan (PLD 2014 Balochistan 206) held that the local government elections were the polls under Article 226 of the Constitution and must be held by secret ballot. However, subsequently on an appeal against the SHC judgement, a three-member SC bench held that local government elections could be held through secret ballot or through show of hands and the choice was left to the legislature.