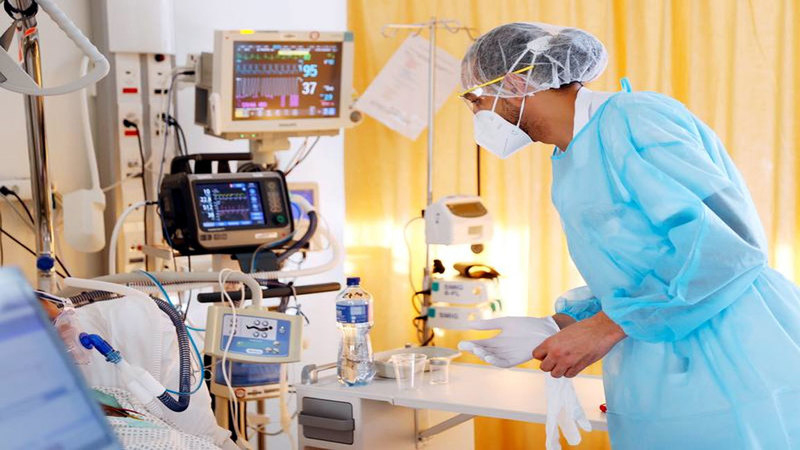 The national tally of total active Covid-19 cases in Pakistan on Wednesday reached 37,905 with 2,142 more people testing positive for the deadly virus and 6,267 people recovering from coronavirus.

Eighty-four coronavirus patients, 73 of whom were under treatment in hospital and 11 in their respective homes or quarantines died on Tuesday, according to the latest update issued by the National Command and Operation Centre (NCOC). During the last 24 hours, most of the deaths occurred in Punjab followed by the Sindh. It added that during last 24 hours that out of the total 84 deaths, 47 patients died on ventilators. No Covid-affected person is on ventilator in Azad Jammu and Kashmir (AJK), Balochistan and Gilgit Baltistan (GB) while 319 ventilators were occupied elsewhere in Pakistan.

A total of 6,406,281 corona tests have been conducted so far, while 615 hospitals are equipped with Covid facilities. Some 2,931 corona patients were admitted in hospitals across the country.

The government is in close liaison with leading Covid-19 vaccine manufacturers, also those from China and regularly reviewing development data of phase-III trials. This was informed to National Command and Operation Center (NCOC) on Wednesday by the official concerned who further apprised that these steps will lead to a final decision about early availability of the vaccine for Pakistan.

Meanwhile, the government had already completed all prerequisites to submit the vaccine request to GAVI, through the COVAX facility, a coalition for equitable access to Covid-19 vaccines by all countries.

According to official of Ministry of National Health Services, Pakistan and other GAVI eligible countries are likely to receive free of cost vaccines for a proportion of the population as well as additional quantities on special subsidized rates.

Releasing the application template on November 17, GAVI had fixed December 7 as the deadline to receive application.

The Expanded Program on Immunization under the guidance of the Ministry of National Health Services Regulations and Coordination established a technical working group that worked round the clock to complete the consultation process having all stakeholders on board.

The proposal drafted therein was endorsed by the National Technical Advisory Group (NITAG) on Immunizations on 1st December and approved by the National Interagency Coordination Committee (NICC) chaired by Dr Faisal Sultan, Special Assistant to Prime Minister on National Health Services. He said that the government is committed to ensuring availability of safe and effective vaccine to the most vulnerable population groups, the soonest possible, is yet another tool that the government is looking to benefit from it. He said that the government will ensure protecting the healthcare workforce at the forefront of the response against Covid-19.