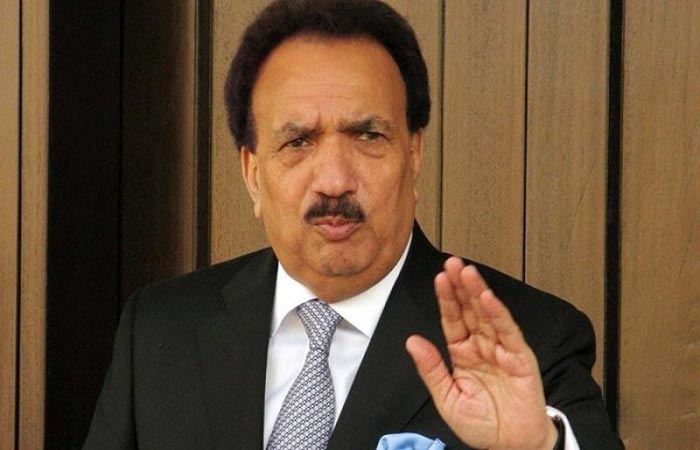 Senator A Rehman Malik, Former Interior Minister and Chairman Senate Standing Committee on Interior has demanded the government to impose National Emergency during the second of COVID-19 which is highly dangerous and deadly. He said that new strain of Coronavirus is more dangerous as it is animal mutated strain having been originated from Holland. He said that Spain has already implemented emergency till March and European Countries seem restricting inter-countries movement.

Senator Malik said that we as nation are not taking required precautionary measures which may lead the situation beyond control and disastrous. He said “I had stated on the floor of the Senate House and have also mentioned in my book ‘Coronavirus; Threat to National Security’ that the second wave of coronavirus will be more dangerous starting from November till February. He said that Pakistan is witnessing a rapid increase in daily deaths and the positivity ratio is also increasing by every day adding that sadly our medical facilities and functionaries are very limited to cope with the situation. He said that it is worrying to note that World Health Organisation (WHO) has announced the third more contiguous and deadly attack in the world ahead and has predicted its spread in the mid of next year. “I pose a question to our health institutions if they are ready for such disastrous COVID-19 plus? Senator Malik expressed that our economically fragile country will find it difficult to bear further economic crisis by coronavirus. He advised the government to move fast to provide vaccine free of cost to the people.