True implementation of pro-women laws a must for rights protection, inclusive society: President 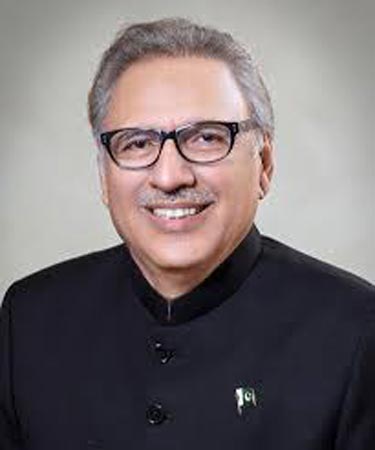 President Dr Arif Alvi on Wednesday, while calling for women empowerment through inclusive social and economic policies, emphasized true implementation of pro-women laws by doing away with the cultural taboos.

Addressing the Brainstorming Session on Gender-Based Discrepancies and Promotion of Legal, Economic and Social Empowerment of Women hosted by the Aiwan-e-Sadr here, the president said his office had been actively engaged in addressing issues like rights of women and disabled people.

The event featured a working session on issues confronting women, including property rights, legal, media and other sectors which later presented their recommendations for onward consideration by the government.

The president viewed that the session would provide a road-map to the government for devising strategies on women empowerment as was also taught by the Holy Quran and Holy Prophet Muhammad (Peace be Upon Him) in his last sermon.

He said being gender neutral, the country’s constitution also guaranteed women rights and even provided special provisions; however the implementation of the relevant laws was far more important.

Even Quaid-e-Azam Muhammad Ali Jinnah, he said, had also stated that no nation could reach the height of glory without protecting women rights. He believed that almost 98 percent of the society was unanimous on women rights; however, it was the victim of some cultural taboos.

Highlighting the issues confronting women like insecurity at police stations, delayed disposal of divorce cases, hesitance to register harassment or rape cases, and domestic violence, the president said such sittings would provide a timeline for relief to the women.

He said owing to lack of awareness, the women were not properly benefiting the loans scheme exclusively announced for them to run small and medium enterprises.

Dr Alvi told the gathering that almost 40 percent pregnancies took place owing to non-availability of contraceptives which must also be thought of while devising the policies.

He said the Presidency had also written to the Council of Islamic Ideology to promote breastfeeding through the pulpit, which would ultimately address the issues of malnutrition and overgrowing population.

Later, the representatives of respective working groups presented their recommendations on rights of women in media, their access to education, health, legal rights and economic empowerment.

Following the recommendations, the president, in his concluding remarks, said all the proposals would be forwarded to the ministries concerned for their point-wise response along with the financial implication of the suggested measures.

He called for a wider discussion in the media on women rights and awareness among them about the measures being taken for their facilitation.

Endorsing the predominant campaign about harassment of women on social media, the president said though the men were also the victim of the tendency but the bigger damage was to the women. He urged the political parties for their non-partisan reaction in such case.

He also agreed to the demand for women-specific facilities like daycare centers, washrooms at workplaces and called for a survey of offices in this regard.

The president also called for skill-based education of women to enhance their employability.

Calling women the lowest risk in the debt market, the president called for safe transport, workplace, women courts and their security at police stations.