Suresh Raina among 34 arrested after raid at Mumbai Club 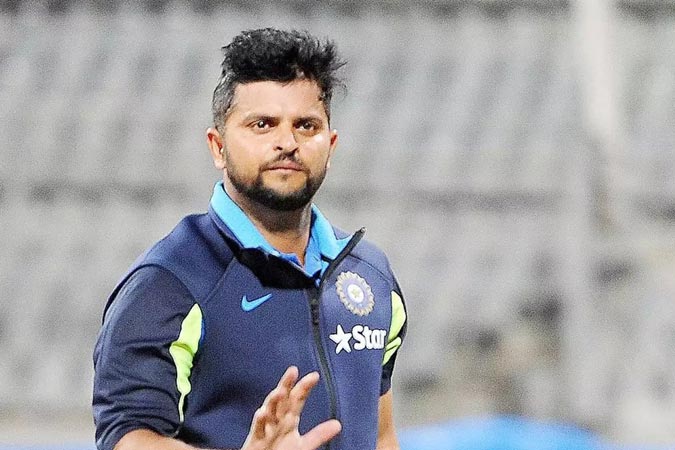 MUMBAI: Indian cricketer Suresh Raina was arrested in Mumbai after a raid at the Mumbai Dragonfly club near the Mumbai airport. The cricketer has since been released on bail. The arrests were made for keeping the establishment open beyond the permissible time limit and not following Covid norms. As per a report in India Today, also among those arrested were singer Guru Randhawa and celebrity Sussanne Khan. A total of 34 people were arrested, including seven members of the hotel staff. The club is situated in Hotel JW Marriot in Andheri and the arrests were made around 2.30 am under section 188 of IPC, Bombay Police Act and Epidemic Disease Act. Mumbai Police has issued an official statement which says that an “offence has been registered u/s 188, 269, 34 IPC and u/s 51 NDMA against 34 persons at Sahar police station after the raid was conducted at 2.50 AM at Dragonfly pub, for keeping establishment open beyond the permissible time limit, not following Covid norms such as social distancing, not wearing a face mask.” Raina is set to represent his home state of Uttar Pradesh (UP) in the Syed Mushtaq Ali Trophy, slated to begin on January 10. Raina, 34, attended a camp of the Uttar Pradesh Cricket Association.

Raina, who announced his retirement from international cricket in August this year, earlier shared photos of him training in the nets with other UP players at Kamla Club. The 2011 World Cup winner, part of Chennai Super Kings IPL team, has not played professional cricket for the past one year, having returned home from the UAE due to “personal reasons” and missed the IPL season. He is also working to promote the sport for youths in Jammu and Kashmir for which he travelled the union territory recently and met with the administration. The Board of Control for Cricket in India had earlier said that the domestic cricket season in the country will begin with the Syed Mushtaq Ali Trophy from January 10. The final will take place on January 31 and the board will take a decision on the Ranji Trophy and Vijay Hazare Trophy after the group stage of the domestic T20 tournament.