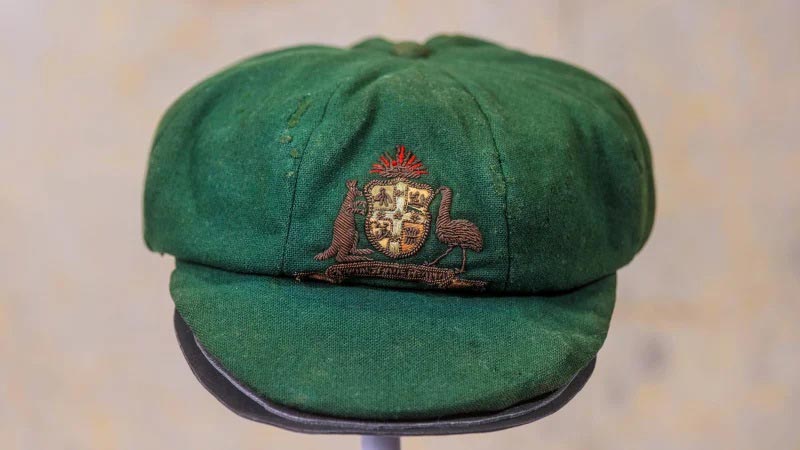 SYDNEY: The “baggy green” cap awarded to late Australian cricketing great Don Bradman on his test debut in 1928 has been sold to a local businessman for A$450,000 after it failed to sell at auction last week. Auctioneers had hoped to reach between A$1 million-$2 million for the cap, which had failed to reach its reserve price of A$400,000 in the online auction. The sale still surpasses the A$425,000 paid for Bradman’s baggy green cap from his final tour of England in 1948 that was sold in 2003. Australian businessman Peter Freedman said in a statement released by the auction house Pickles that he had bought the cap and intended to tour it around the country. Bradman, who was known as “The Don”, is regarded as one of Australia’s greatest captains and his remarkable consistency with the bat saw him retire with a Test batting average of 99.94, a mark that has not been eclipsed in 72 years. Earlier this year former spinner Shane Warne, Australia’s leading test wicket-taker, sold his prized baggy green for more than A$1 million to aid bushfire relief efforts.