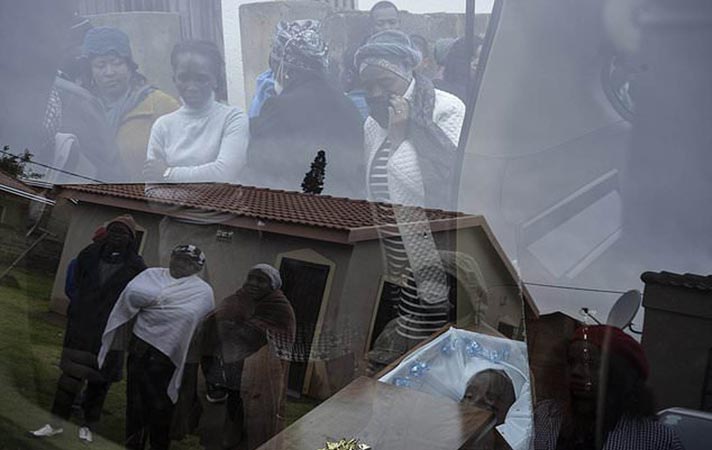 At night, Amanda Zitho worries her little boy is shivering and cold in his coffin and yearns to take him a blanket. She knows Wandi´s dead and gone and it´s senseless, but that doesn´t stop the ache.

Wandi was 5 when he was killed in April, allegedly strangled with a rope by a Johannesburg neighbor – another dead child in a land where there are too many. According to official figures, around 1,000 children are murdered every year in South Africa, nearly three a day. But that statistic, horrific as it is, may be an undercount.

Shanaaz Mathews thinks many more children are victims of homicides that are not investigated properly, not prosecuted or completely missed by authorities. The official figures are “just the tip of the iceberg,” said Mathews, the director of the Children´s Institute at the University of Cape Town and probably the country´s leading expert on child homicides. In a country where more than 50 people are murdered every day, children are not special and are not spared. “Violence has become entrenched” in the psyche of South Africa, Mathews said.

“How do we break that cycle?” she asked.

In 2014, she embarked on a research project to uncover the real extent of those child deaths. She did it by getting forensic pathologists to put the dead bodies of hundreds of newborn babies, infants, toddlers and teenagers on examination tables to determine exactly how they died.

Child death reviews are common in developed countries but had never been done in South Africa before Mathews´ project. As she feared, the findings were grim. Over a year, the pathologists examined the corpses of 711 children at two mortuaries in Cape Town and Durban and concluded that more than 15% of them died as a result of homicides. For context, Britain´s official child death review last year found 1% of its child deaths were homicides. Mathews´ research showed homicide was the second most common cause of death for children in those two precincts.

“And the numbers are not going down,” she said. “If anything, they are going up.” There are two patterns in South Africa. Teenagers are being swallowed up in the country´s desperately high rate of violent street crime. But also, large numbers of young children aged 5 and under are victims of deadly violence meted out not by an offender with a gun or a knife on a street corner, but by mothers and fathers, relatives and friends, in kitchens and living rooms, around dinner tables and in front of TVs.