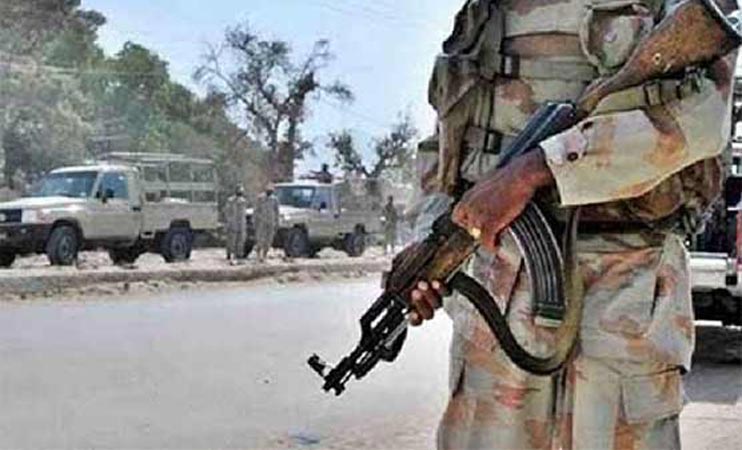 The security forces on Tuesday killed around 10 terrorists during an intense exchange of fire amid an intelligence-based operation (IBO) carried out on a hideout in Gwargo area of Awaran in Balochistan.

These terrorists were also involved in a firing incident on security forces which resulted in martyrdom of Lance Naik Iqbal on December 20 in Awaran, said an Inter-Services Public Relations (ISPR) press release. It added that as soon as security forces cordoned the area, terrorists opened fire to flee from area. During the operation, a cache of arms and ammunition was also recovered from the hideout, said the public relations wing of Pakistan Army.

Lance Naik Iqbal was hit during a search and clearance operation in the Jatt Bazaar area near Awaran on the basis of intelligence about the presence of terrorists and their facilitators in the area. A raid triggered a gun battle between the security forces and the terrorists holed up in their hideout in the area. “Lance Naik Iqbal was injured and immediately evacuated to Karachi where the brave soldier embraced Shahadat due to excessive bleeding,” the ISPR had said at that time.

President Dr Arif Alvi telephoned the family members of the soldier Lans Naik Muhammad Iqbal, who was martyed in Awaran area of Balochistan. The president paid tribute to the martyred soldier and prayed to Almighty Allah to bless his soul with an elevated place in heavens. He also prayed for grant of patience to the family of martyred.