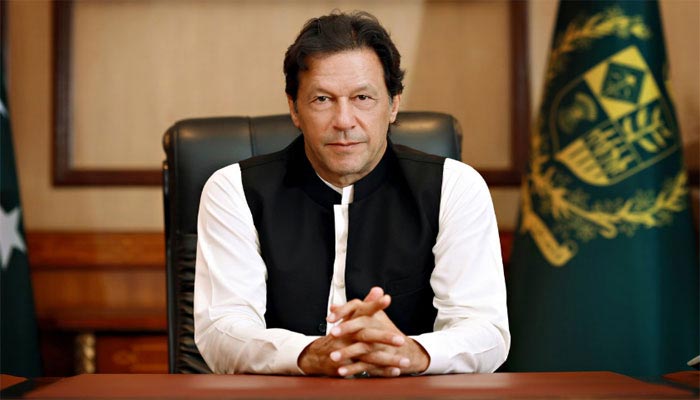 “MashaAllah, despite Covid-19, great news on economy – remarkable turnaround,” the Prime Minister said in a tweet.

Imran Khan said for fiscal year so far, the surplus was $1.6 billion as opposed to deficit of $1.7 billion during same period last year. He said State Bank of Pakistan’s reserves had risen to about $13 billion, which was highest in three years.

The president on his twitter handle, posted: “Good. Excellent chart showing Pakistan’s progress towards overcoming a deficit (in the red) current account balance, towards a positive, (into the green… our natural colours) current account surplus.”

Dr Alvi also retweeted a graph of State Bank of Pakistan showing the positive indicators along with his tweet.

According to the tweet thread of SBP, Pakistan’s current account balance has posted a surplus of US $447 million in November 2021 against a deficit of $326 million in the same month of the previous year. So far in FY21, the surplus has reached $1.6 billion compared to $1.7 billion over the same period last year.

In contrast to the previous five years, the current account has been in surplus throughout FY21 due to an improved trade balance and sustained increase in remittances. In November 2020, both the exports and imports picked up, reflecting recovery in external demand and domestic economic activity, the SBP added in its tweets.

Pakistan’s current account recorded a surplus for the fifth consecutive month in November at $447 million as compared to a deficit of $326m during the same time last year, data released by the State Bank of Pakistan (SBP) showed on Tuesday. “In contrast to the previous five years, the current account has been in surplus throughout FY21 due to an improved trade balance and a sustained increase in remittances,” the central bank said on Twitter. “In November 2020, both exports and imports picked up, reflecting a recovery in external demand and domestic economic activity,” the SBP said.

On a cumulative basis, the total current account surplus during the July-November period rose to a record $1.64 billion against a deficit of $1.745bn during the same period last year. Remittances during the five months under review jumped 27 per cent to $11.77bn after Covid-led travel restrictions increased flows through legal channels. “This turnaround in the current account, together with an improvement in financial inflows, raised SBP’s foreign exchange reserves by around $1bn in November 2020. At $13.1bn, they are now at their highest level in 3 years,” the state bank said.

Wajid Rizvi from Fortune Securities said: “Pakistan’s external side has continued to firmly batten down the hatches during the pandemic by posting a current account surplus for a fifth straight month in FY21. “The most noteworthy characteristic is that the surplus increased despite a rise of $338m (up 22pc month-on-month) in the trade gap. Trade gap is expected to expand further primarily from an increase in food, textile, machinery and auto imports,” he said. However, the current fiscal year-to-date performance has created an adequate foreign exchange reserves buffer to cushion any subsequent rise in the trade gap, he added.