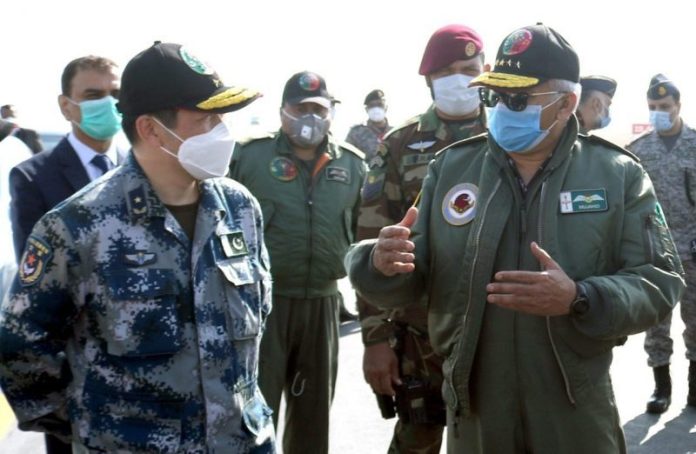 He was expressing his views after flying an air superiority sortie in a Hi-Tech Chinese fighter aircraft during ongoing exercise Shaheen IX, said a PAF press release.

Expressing his satisfaction over the conduct of the exercise, the Air Chief said that it was heartening to see the two Air Forces inter-operating across a wide spectrum of airpower employment options.

He also said that in modern times competition in the air domain centers not only around mastery of technology, but also on its artful application in both strategy and tactics.

He added that Shaheen series of exercises will go a long way in enhancing the professional skills and operational preparedness of both the Air Forces in addition to developing mutual understanding of each other’s combat skills and promoting inter-operability.

It is pertinent to mention that the joint Air Exercise Shaheen IX that commenced on Dec 09, 2020 has now entered its last phase.