US says will ‘react’ if Iran seeks to avenge Soleimani killing 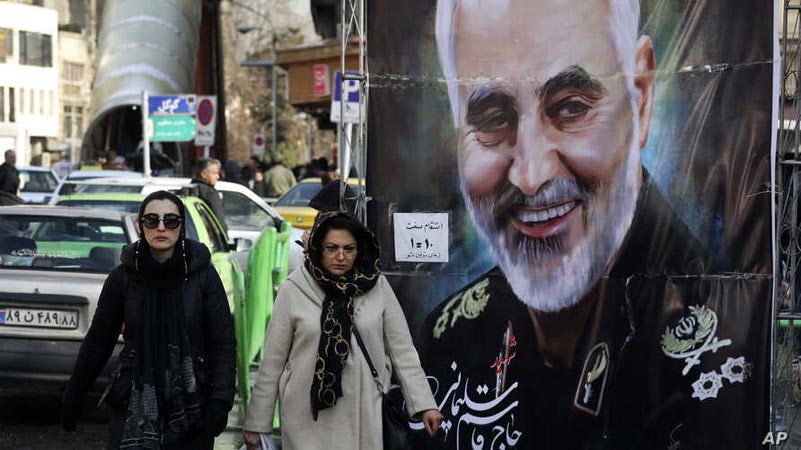 Washington is “prepared to react” if Tehran launches an attack to mark the first anniversary of the killing of powerful Iranian General Qasem Soleimani, the head of US forces in the Middle East warned Sunday. “We are prepared to defend ourselves, our friends and partners in the region, and we’re prepared to react if necessary,” General Kenneth McKenzie, who heads the US Central Command (Centcom), told journalists. He was touring the region weeks before the anniversary of the January 3, 2020 killing of Soleimani by a US drone strike near the Baghdad airport.

“My assessment is we are in a very good position and we’ll be prepared for anything the Iranians or their proxies acting for them might choose to do,” McKenzie, a four-star marine general, told a small group of journalists in a telephone interview from an undisclosed location in the region. The Centcom commander said he had recently visited Baghdad, where he met with the head of the anti-jihadist coalition, American General Paul Calvert, as well as the Iraqi army chief of staff, General Abdul Amir Yarallah.

McKenzie said he had also gone to Syria to meet with American forces deployed in the small southern base at Al-Tanf, near the border with Jordan and Iraq.

In an apparent sign of US military leaders’ concerns about Iranian intentions after Soleimani’s killing, McKenzie’s current tour was not announced in advance. Similarly, last week’s visits by General Mark Milley, the chairman of the US Joint Chiefs of Staff, to Qatar, Saudi Arabia, the United Arab Emirates, Israel and Afghanistan were kept secret until he had left the region.