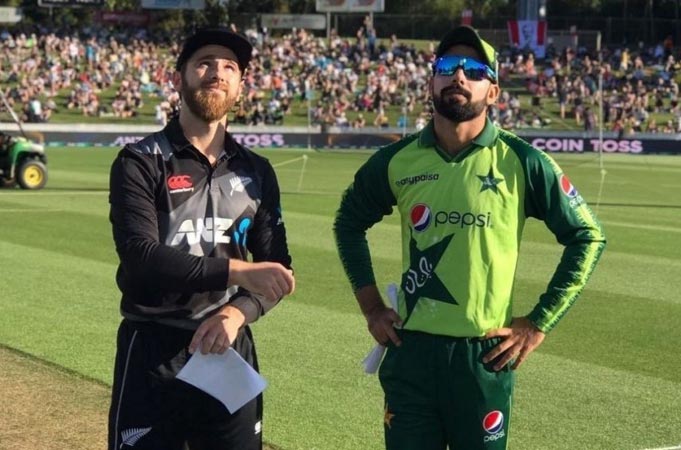 NAPIER: With convincing victories in the first two matches, New Zealand will be looking to whitewash Pakistan with a win in the final T20I in Napier on Tuesday (today). New Zealand completed back-to-back T20I series wins after Sunday’s victory in Hamilton and seem to be shaping up well for the ICC Men’s T20 World Cup next year. With the return of Trent Boult and Tim Southee, the Kiwis have a problem of plenty in their bowling attack with the debutant Jacob Duffy, who won the Player of the Match in the first game, having to miss out.

The hosts might ponder bringing in Duffy for Southee or Boult with the series won and the Test series, where the two senior pacers will be expected to play a major role, coming up shortly after. The top-order looks unshakable and they might not want to tinker with it. Kane Williamson, New Zealand captain, said: “You try to shift your focus. You try to play the role as well as you can. The boys have been playing so beautifully. We know how strong this Pakistan team is. Really satisfying to get across the line.”

The visitors, on the other hand, batted first in both games but failed to set totals high enough to restrict the strong batting group the Kiwis have. They might look to rejig their batting line-up a bit. The senior middle-order batsman, Sarfaraz Ahmed, might get a game while Hussain Talat or Ifthikar Ahmed could also come into contention. The bowling attack too has faced some problems. They have strong pace back-up and one of Musa Khan or Mohammad Hasnain might step in for Wahab Riaz, who went for a lot of runs in the two matches.

In their previous T20I series against Pakistan, the Black Caps had lost 0-3 in UAE in 2018. After two wins in the first two games this time, they are on the verge of completing a series sweep of their own. The star for them has been Tim Seifert who played a crucial role in the two run-chases with half-centuries in each game. In 2020, the wicket-keeper batsman has four fifty-plus scores in the second innings, the joint-most any player has recorded in a year in T20I history. Mohammad Hafeez, meanwhile, has been the key for Pakistan in the shortest format this year. The middle-order batsman is the third highest run-scorer in T20Is this year and averages over 90 while striking at over 150. Shadab Khan, Pakistan captain, said: “We’ll take positives from Hafeez’s knock. As a senior player and as the captain, I take responsibility. We get boosted by the crowd, hopefully, we can put up a better show in the next game.”