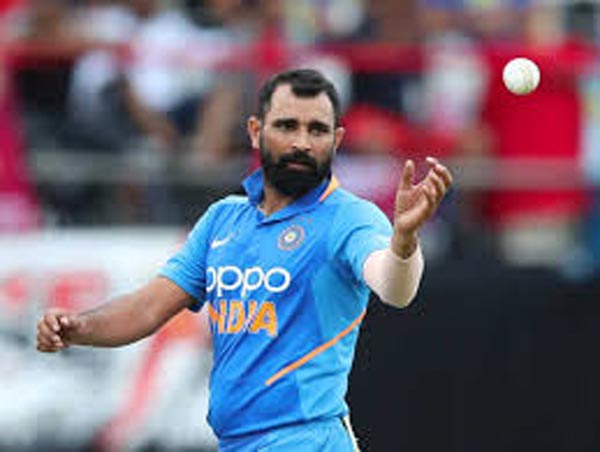 ADELAIDE: A potentially series-ending injury to seamer Mohammed Shami has jolted India’s bid to bounce back in the Test series against Australia, a task the tourists will have to accomplish without their talismanic captain Virat Kohli. Kohli will miss the last three Tests to attend the birth of his first child in India and he leaves behind a team smarting from their shellacking inside three days on Saturday after being shot out for 36, India’s lowest innings total, in Adelaide. As if that was not bad enough, Shami retired hurt after a painful blow to his bowling arm from a Pat Cummins bouncer.

“He was in a lot of pain, could hardly lift his arm,” Kohli said, adding the team were awaiting Shami’s scan results. Kohli’s departure also robs India of their batting mainstay as they try to stay afloat in the four-Test series under Ajinkya Rahane. “I’d definitely have loved it for a fact if we had won this game, leaving with victory would have been great,” Kohli said in a virtual press conference. “Having said that, this is Test cricket. Anything can happen at any stage and I’m pretty confident that the team’s going to bounce back strongly in Melbourne.” Josh Hazlewood and Pat Cummins shared nine second-innings wickets between them to rout India with a fiery display of pace bowling in the day-night Test.

Kohli pointed to India’s first-innings score of 244 and tried to allay any fears his team-mates might have about Australia’s formidable pace attack which also includes Mitchell Starc. “The way we batted, it allowed them to look more potent than they probably were in the morning to be very honest because they bowled similar lengths in the first day as well,” the 32-year-old said. “We batted way better in the first innings than we did during the second innings obviously.”