Ariana is engaged to Dalton Gomez

* A source close to Ariana confirms to E! News that she and the real estate broker have taken the next step in their relationship 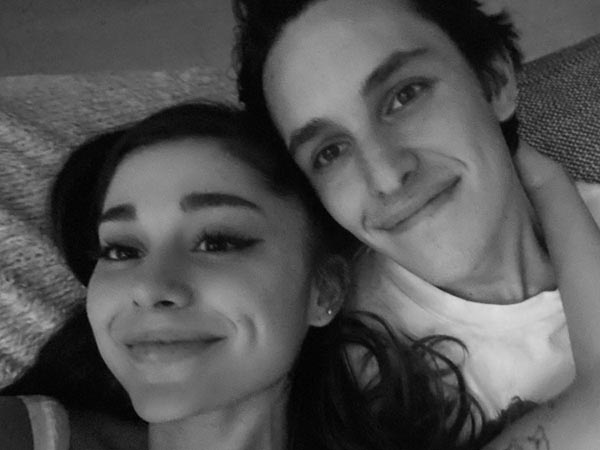 Ariana Grande is closing out 2020 with a bang! The pop star, who is getting ready to tell-all in her highly-anticipated Netflix documentary, excuse me, i love you, seemingly shared a major update in her life: She’s engaged to boyfriend Dalton Gomez after 10 months of dating.

A source close to Ariana confirms to E! News that she and the real estate broker have taken the next step in their relationship. “It’s a happy time. Everyone is happy, families are happy,” the insider raves. “They could not be more excited.”

On Sunday, Dec. 20, the 27-year-old sparked engagement rumours after she posted a series of snapshots on Instagram. In the slideshow, the Thank U, Next singer showed off her massive diamond ring on that finger. The eye-catching jewellery piece featured a large oval cut diamond with a white pearl attached and a gold band.

“forever n then some,” she captioned her message.

News of the pair’s engagement comes less than a year after they first sparked romance rumours in February 2020. But as fans will recall, they made their official debut as a couple in May in Ariana and Justin Bieber’s music video for “Stuck with U.”

By June, the “7 Rings” singer made her romance with Dalton Instagram official and posted rare photos of her beau.

“almost 27 ;),” she wrote ahead of her birthday, while also uploading photos of herself with Dalton and her adorable pups.

At the time, an insider shared insight into the couple’s romance, explaining they both met through mutual friends.

“They run in the same circle,” the source noted. “He used to be a dancer and they have many mutual friends. She’s gotten to know him quickly with the quarantine. They’ve been spending a lot of one-on-one time at home.”

Back in October, a separate source told E! News the couple was “head over heels” for each other.

“Ariana is still madly in love with Dalton and is head over heels,” the source expressed. “It’s a very healthy relationship. They love to be ‘normal’ and Ari loves that he is very down to earth. He balances her out from the crazy industry she is in. They spend a lot of time hanging out at her house being low-key.”

Ariana’s latest album, Positions, was “definitely inspired by her current feelings and relationship,” the source noted, adding, “She is in love and definitely wanted to express it on the new album.”

“She wanted it to be very flirty and somewhat sexual,” the source described. “She’s truly in a great place and is doing well.”

Prior to having a serious relationship with Dalton, the “positions” singer was engaged to Saturday Night Live star Pete Davidson in June 2018. However, after four whirlwind months, the duo decided to go their separate ways and call off their engagement.

Now, Dalton and Ariana have a lot to look forward to in 2021.