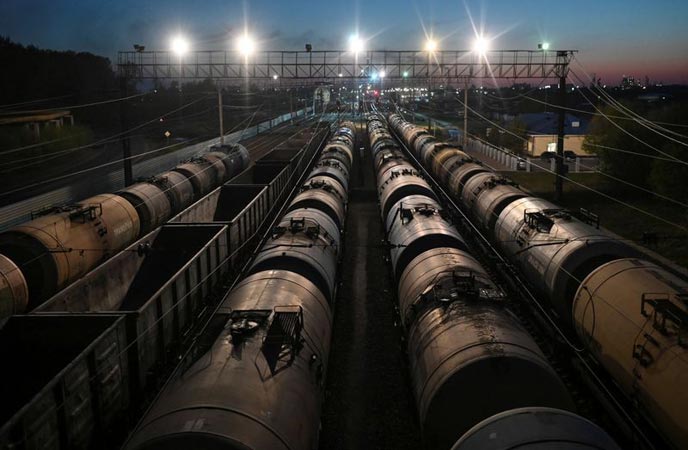 Oil prices dropped about 3% on Monday as a fast-spreading new coronavirus strain that has shut down much of the United Kingdom fuelled worries over a slower recovery in fuel demand amid tighter restrictions in Europe.

“Brent may fall below $50 a barrel and WTI may drop below $45 this week as investors want to adjust positions ahead of Christmas holidays,” Chen said.

British Prime Minister Boris Johnson will chair an emergency response meeting on Monday to discuss international travel and the flow of freight in and out of Britain as COVID-19 cases surged by a record number for one day. The headache comes as Johnson also seeks to hammer out a final accord on Brexit.

The variant, which officials say is up to 70% more transmissible than the original, also prompted concerns about a wider spread, forcing several European countries to begin closing their doors to travellers from the United Kingdom.

With progress in vaccine rollouts, money managers had raised their net long US crude futures and options positions in the week to Dec. 15, according to the US Commodity Futures Trading Commission (CFTC). “The oil market has been on a bull trend in the past month or so, ignoring negative factors, amid an optimism that a widening vaccine rollout would revive global growth, but investors’ rosy expectations for 2021 have suddenly vanished due to a new variant of the virus,” said Kazuhiko Saito, chief analyst at commodities broker Fujitomi Co. The negative sentiment also overshadowed a weekend deal among US congressional leaders for a $900 billion coronavirus aid package.

Adding to pressure, the oil and gas rig count, an early indicator of future output, rose by eight to 346 in the week to Dec. 18, the highest since May, Baker Hughes said on Friday, as producers keep returning to the wellpad with crude prices trading above $45 a barrel since late November.